Edelweiss Bike Travel realized that customers often  start their tours in the most beautiful cities in Europe but rarely see any of it. So Edelweiss started the "Guided City Tours". The GCT are available at the moment in Munich, Vienna, Barcelona, Rome, Malaga - and some more will follow.

Kim and Mike Kullen were the first who took part in the first "Guided City Tour" of Florence. I think it was quite an experience for them. Check it out.

It started with a dinner and a short briefing the evening before in our Hotel Villa Pitiana south of Florence. 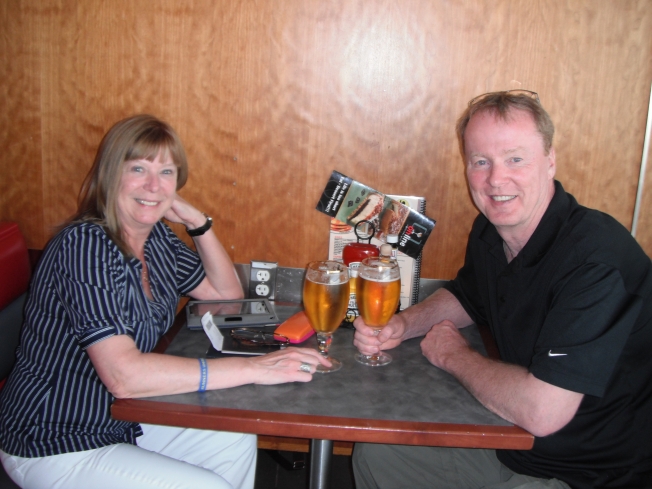 Kim and Mike enjoying a drink before dinner 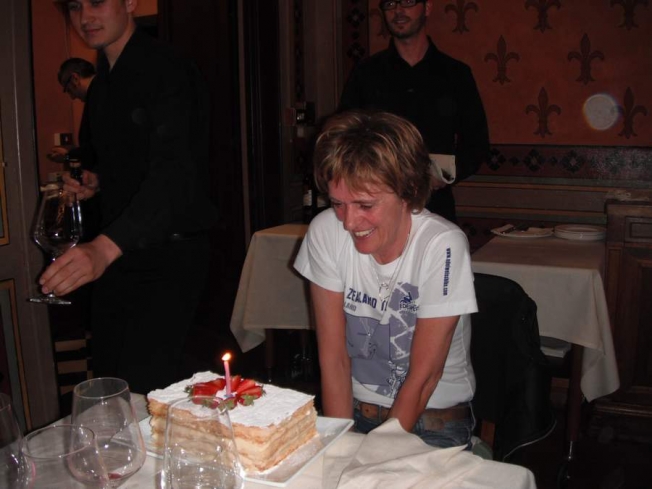 normaly one of the tourmembers celebrate birthday - this time it was the tourguide. Thanks to Villa Pitiana for the delicious birthday cake. 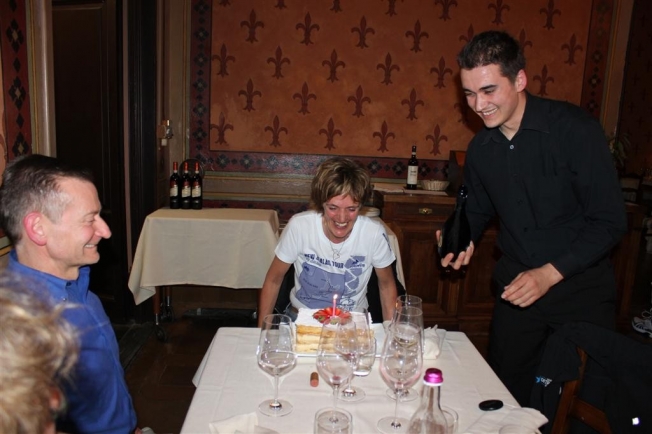 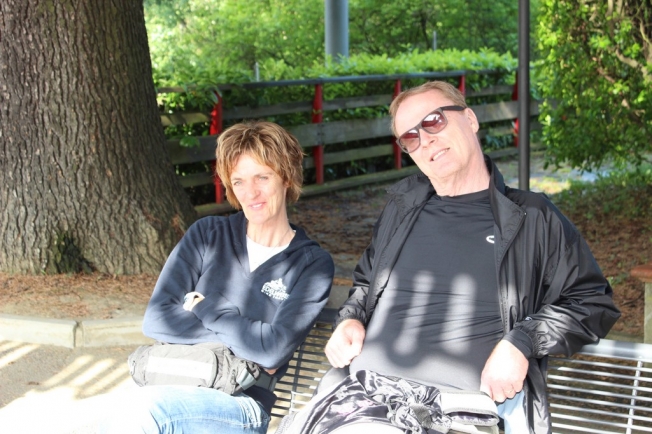 Waiting for the train in San Ellero

After arriving at the main station Santa Maria Novella we visited the old food market. All kind of noodles, herbes, wine, meet, vegetabel - the smell is breathtaking. The souvenir shopping started right away.

The lines at San Lorenzo for the Capel of the Medici was too long.

We went on to Florence landmark - the Duomo Santa Maria del Fiore. You can relish the breathtaking grandeur and  and vividness of the pink-green-white marble facade. 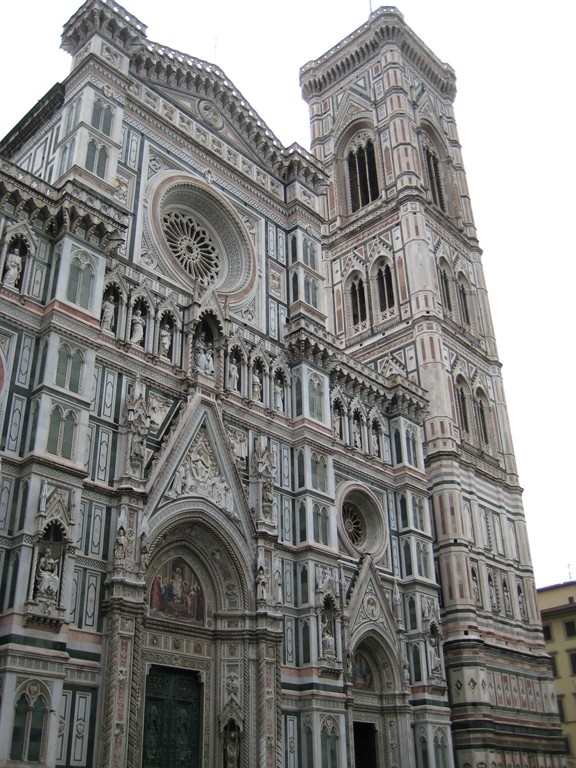 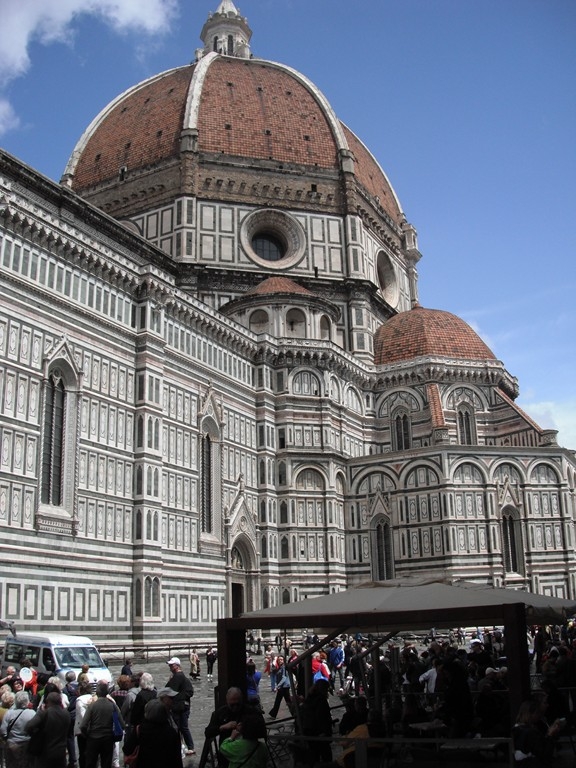 There was no roof on the Duomo during its first 100 years as the builders and architects of the time simply did not know how to cover such an enormous monument with a cupola.

Brunelleschi came along and constructed the huge cupola. 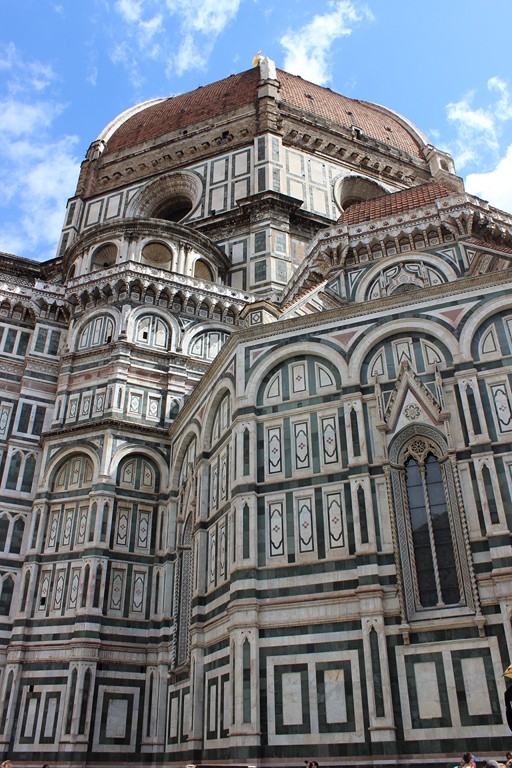 Opposite the Duomo is the Baptistery. There was a competition between Brunelleschi and Ghiberti - Ghiberti won an made the bronze doors of unbelievable craftsmanship and beauty. Michelangelo saw them and said: "they are looking so beautiful - could be the "doors to paradise".  So the name was given. 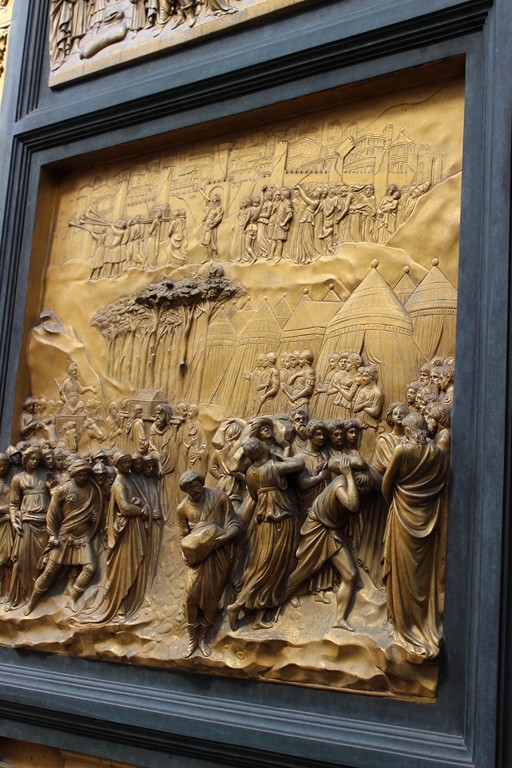 Leaving the tourists crowds behind, we head towards the back of the Duomo, to the Bargello, home of Italy`s largest collection of Tuscan sculptures from Reanissance times. Here are some of Michelangelo`s originals: the "Drunken Bacchus" and... the "Tondo Pitti" - a large sculpture of the Madonna with her child. And everything without lining up!! 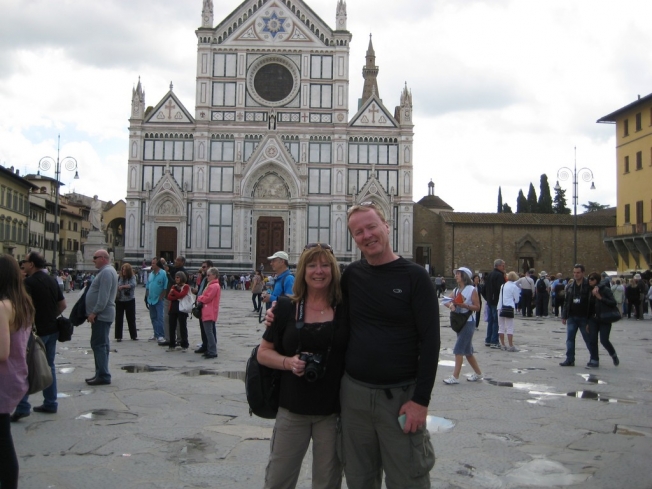 Santa Croce -  some of Italy`s  most famous and sometimes infamous men found here their last peace: Michelangelo, Macciavelli and Dante. Lots of curious thing going on as well.... 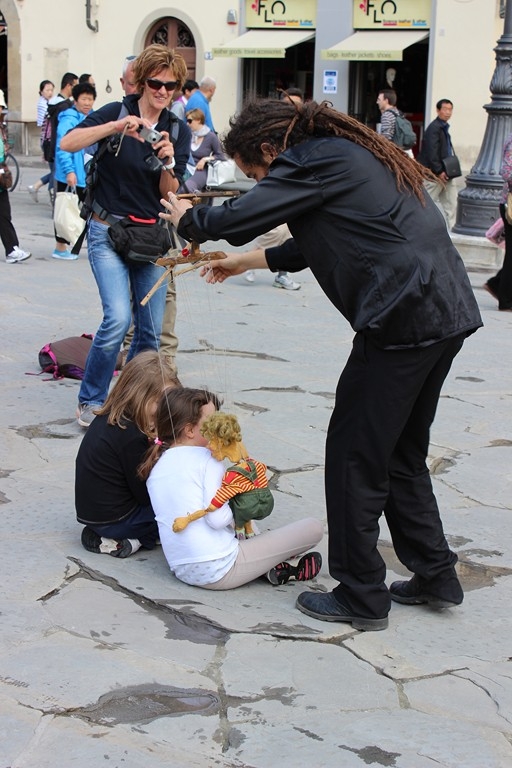 Kim and Mike in front  of Michelangelos David! While having lunch the 1000 Miglia arrived - a very famous Italian Ralley! 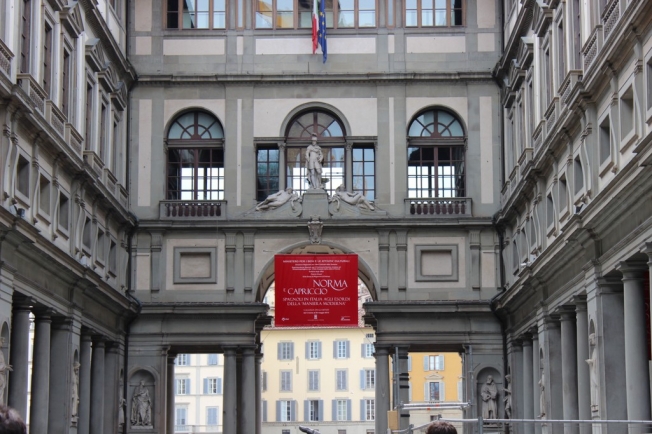 The Uffizi Gallery - houses the largest collection of Italian and Florentine art worldwide. Reaching the end of the Uffizi Galleries, we stand in front of the Arno River and the next landmark of Florence: the Ponte Vecchio ("old bridge"). Ponte Vecchio is the only bridge in town thad did not get destroyed by German troops in 1944. 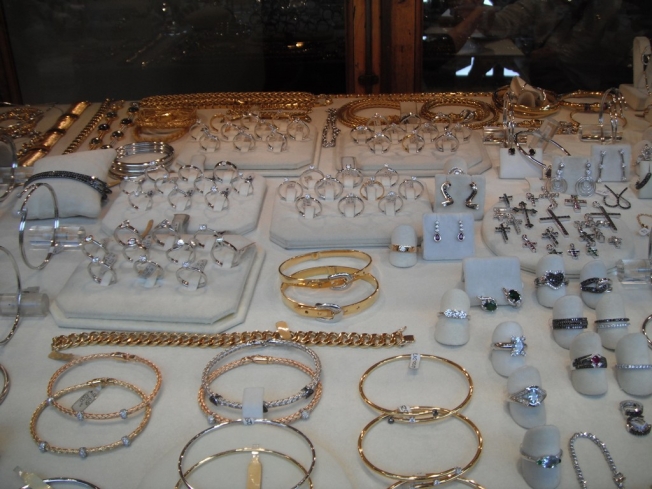 In the old days the buthers used to have their shops on the bridge. That was handy, as they could throw all their garbage into the river. The jewelers dominate this spot today. On our way back to Santa Maria Novella we run into the icecream festival. The best Italian gelato makers offered their specialities - yummy!

Unfortunately we could only take a glance at the city, rich of culture and sights, which you could easily spend a week in. Hey Kim and Mike, I hope you enjoyed it.

Vince
Thursday, June 20, 2013 at 21:34
Florence is really a great travel destination, famous for its culture, arts, foods and its unique architecture. On my last vacation I was there and really enjoyed a lot.
Reply

Kim
Friday, June 7, 2013 at 22:41
Ursula we loved it ! You are a great guide-so knowledgeable and always ready to laugh
Reply

ursula
Monday, June 10, 2013 at 07:56
Hi Kim, thanks for the compliment. Its easy with relaxed people like you, laughing even in snow and hale. Life is good - keep in touch