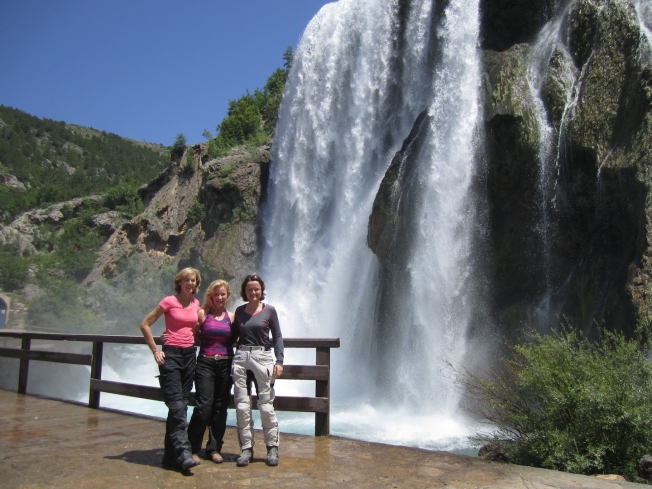 After our nice evening yesterday we got together for our last briefing and head out early to avoid a little the heat. In the morning the road toke us through the backcountry of Bosnia. At the coffee stop it was time to spent our last konvertible Marks. After a ride over some farmers roads we crossed back into Croatia for a big and cheap lunch stop. Some of us have to work out hard after this trip. After crossing the mountains back to the coast it was just a short ride back to Split.

Thank you for beeing part of the trip, I can just say Tourguide 1 - Group 0 (whatever this will mean) 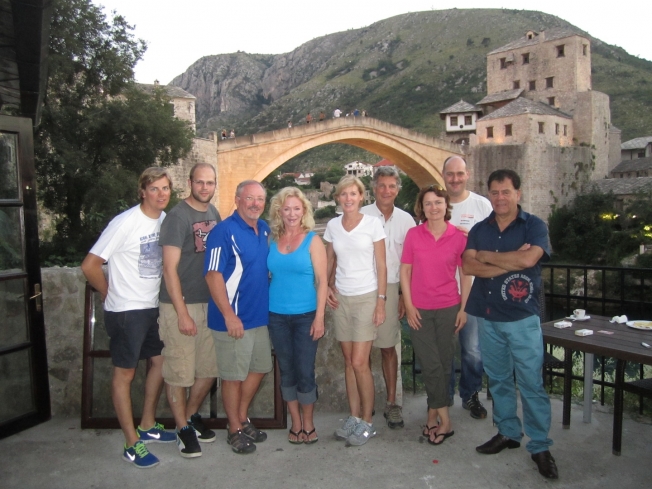 the group in front of the Stari Most 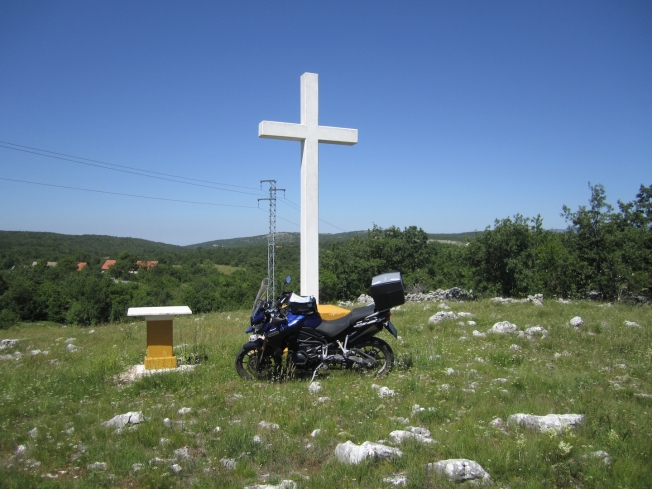 thank you for a great tour

This day takes us to Mostar located in Bosnia, where we will spent a night! In the morning we started riding down the Jadrinska Magistrale. We had to earn our coffee today and climbed up the 3rd highest mountain in Croatia, but no worries we could use the bikes. After that we headed further south along the coast and went for lunch and a cool swim in Gradac. After that we crossed the boarder to Bosnia and a whole different country welcomed us. In Mostar we went for a city walk to the old town and everybody got a impression what happened in the city during the war. We were also able to watch the divers jumping from the Stari Most. 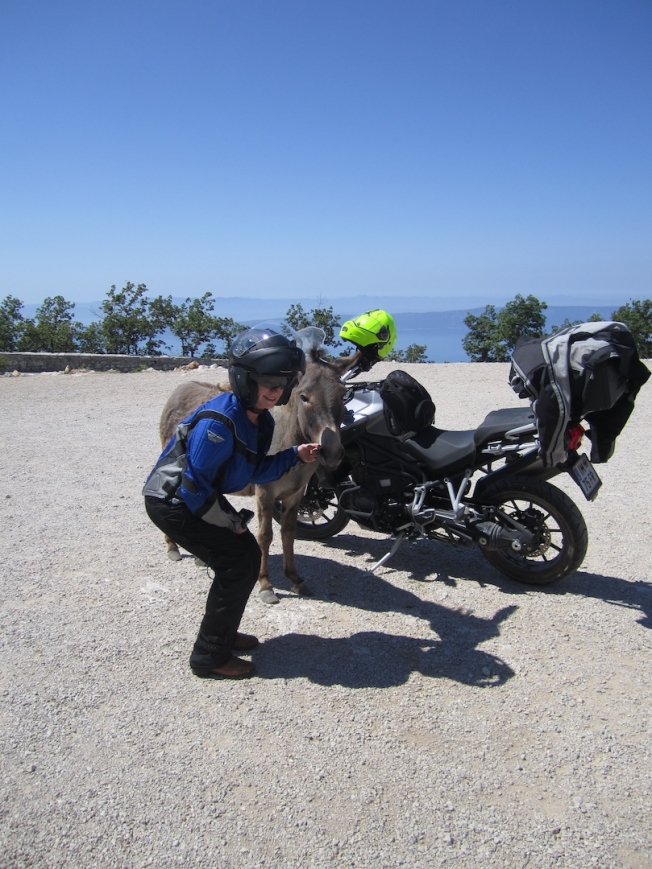 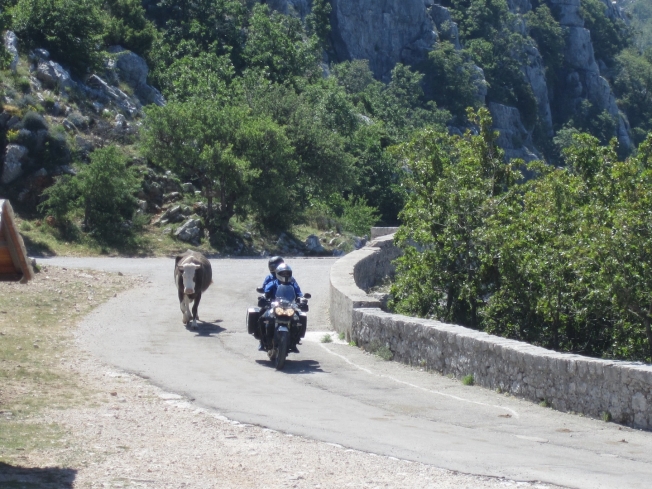 riding up to the Sveti Jure 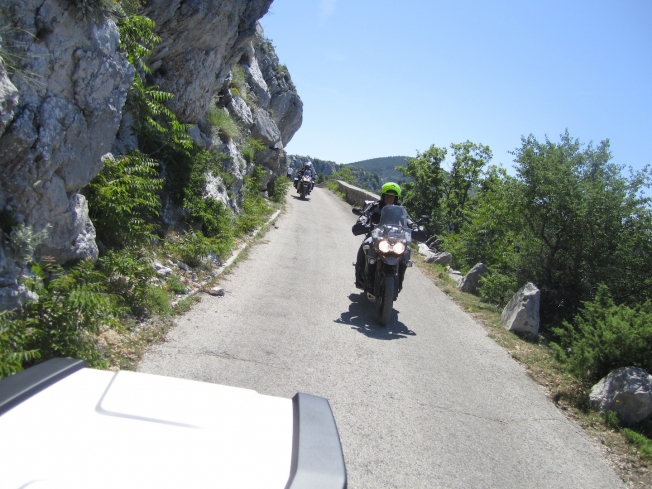 small mountain roads with an amazing view over the coast line 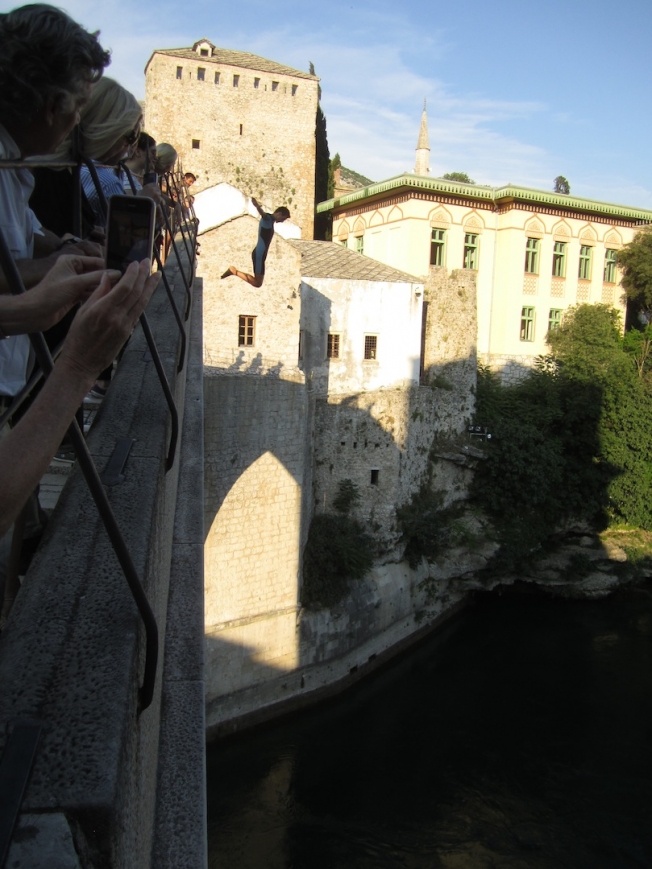 Stari Most, a dive from about 95 feet

Again a nice and sunny day in Split and we took our bikes and rode to the National Park of Krka. In the morning we rode north on the Jadrinska Magistrale and stopped for a coffee in Rogoznica. Our lunch break we spent at the waterfalls and the brave of us went for a swim in the warm, for Brits or cold, for Texas water. In the afternoon we had time to ride some switch baks up to the Kastel Stari. 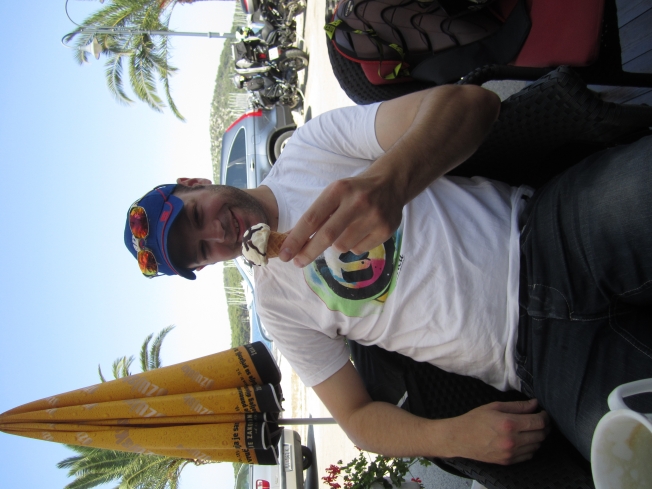 Dan got some tiny ice-cream 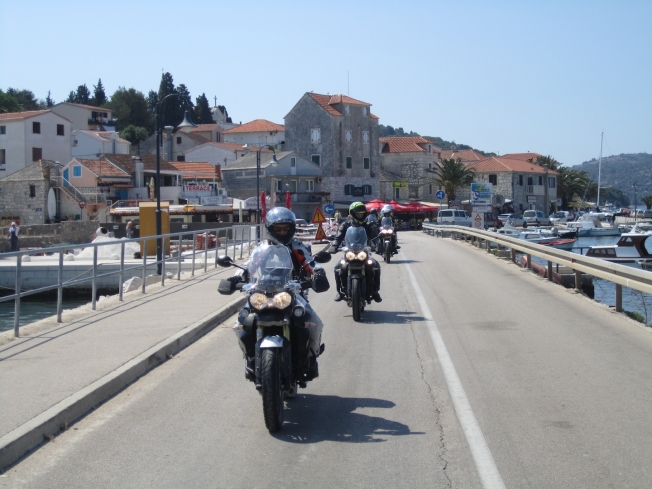 after the coffee in Rogoznica 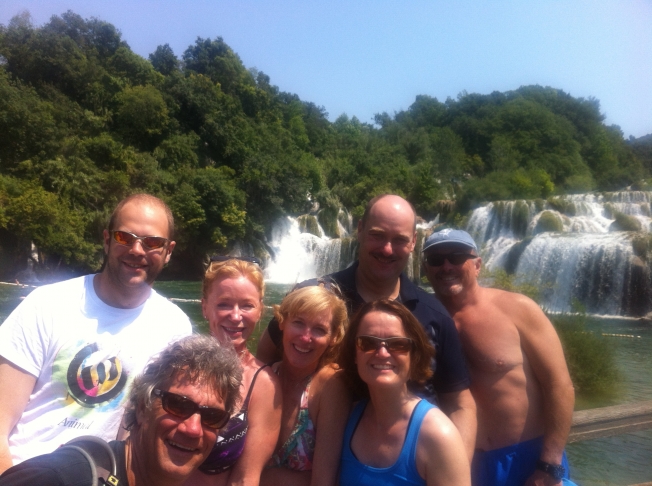 the gang after a swim in the river 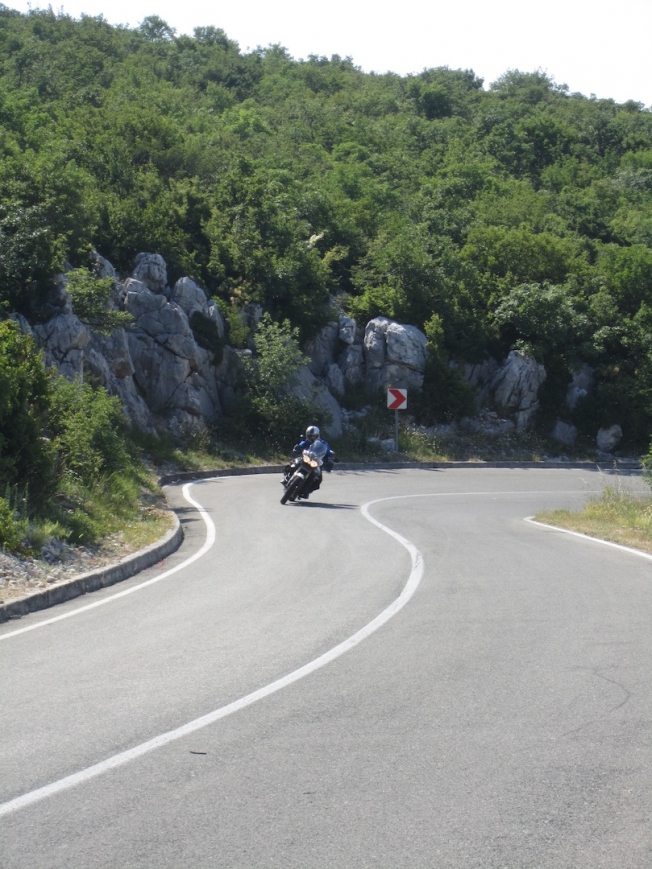 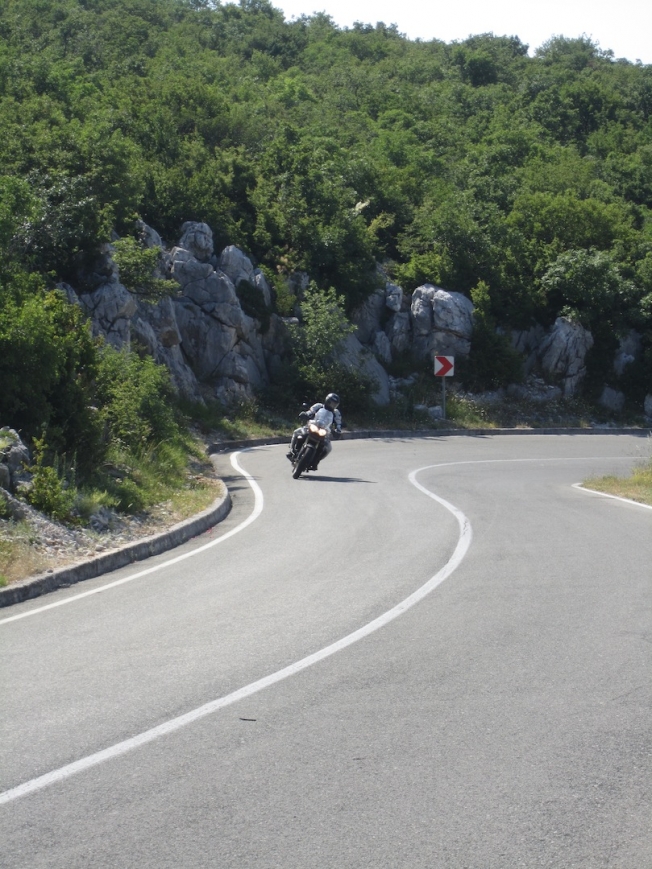 Chuck and Ralf went for an extra run

Today we started a little earlier to catch the ferry to Brac. After the relaxing ferry ride we started our loop around Brac and had a nice coffee break in a lonely bay. Shortly before our lunch break we climbed up to the Vidova Gora which is the highest peak in the Adriatic sea. We spent our lunch break directly at the Zlatni Rat which is supposed to be the most beautiful beach in Croatia. Our couples from Dallas tried the water which was a little cold for them.

In the afternoon we road back on the east side of the island to the ferry. 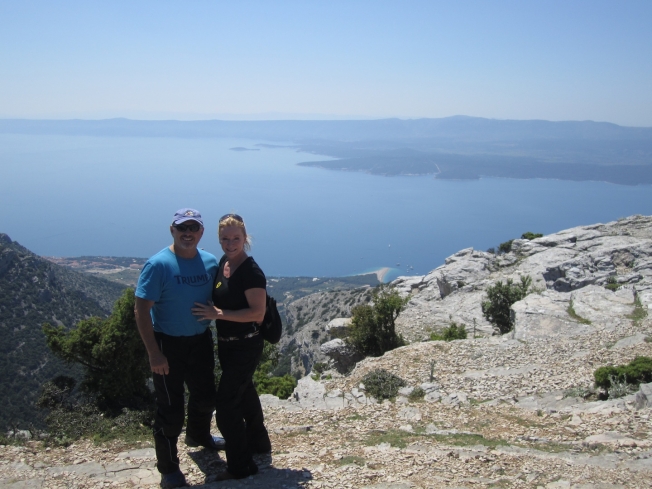 Chuck and Terrie at the Vidovo Gora 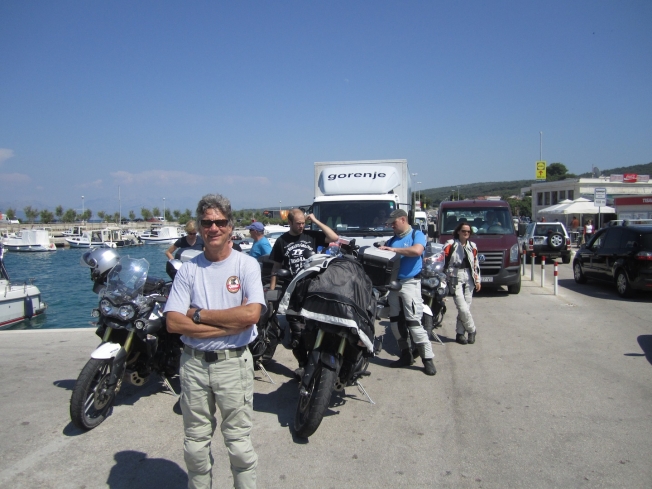 Michael waiting for the ferry 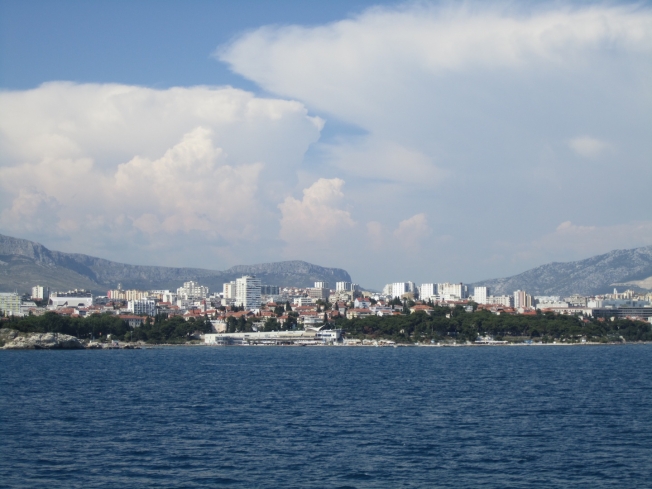 arriving in Split after a great day

After our first morning briefing we started a loop in the backcountry of Split. In the morning we had a nice postcard view next to a man made lake. We road along the shore on some gravel roads. Shortly before we had the lunch break at the castle of Knin we stopped at the waterfall next to the Krk spring. 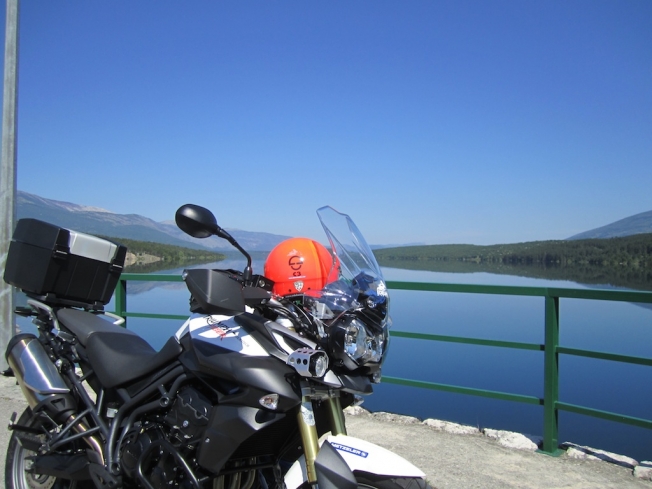 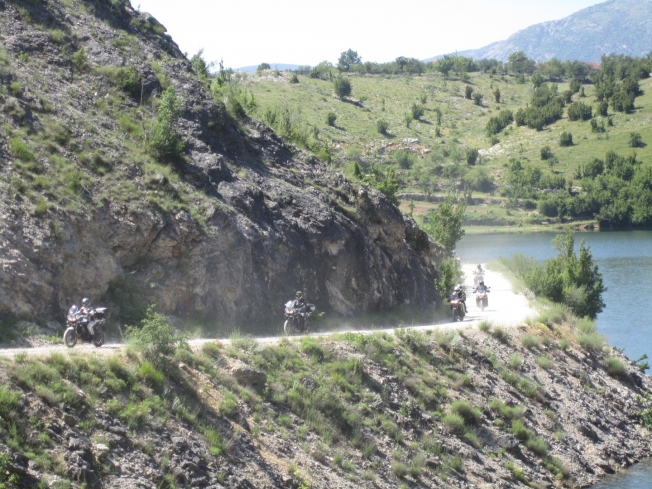 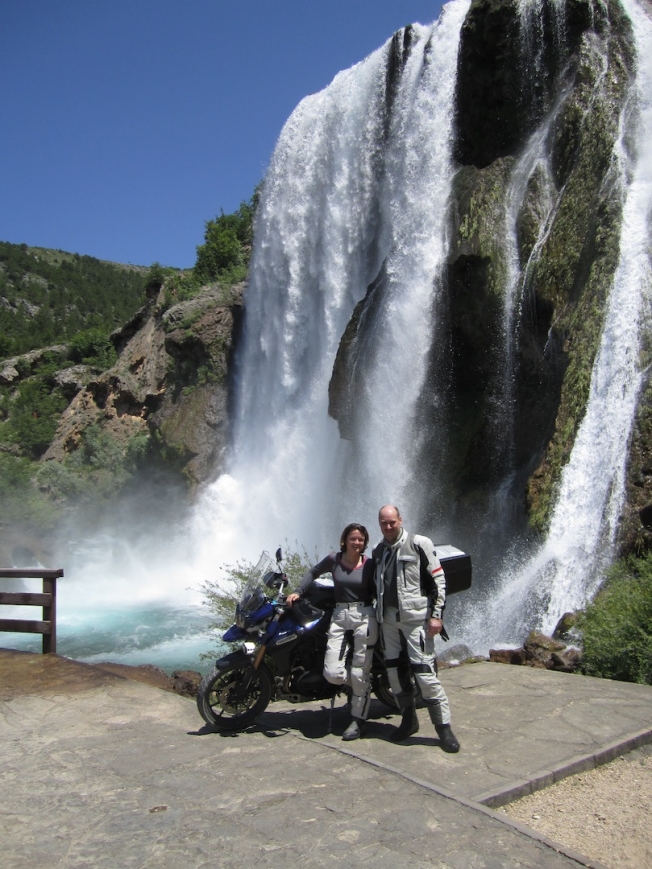 Tonia and Ralf from Germany Adrianne, Terri and Tonia in front of the amazing waterfall

The Tourguide and the bikes are waiting for our international group form Chile, Germany, Great Britain and the US. 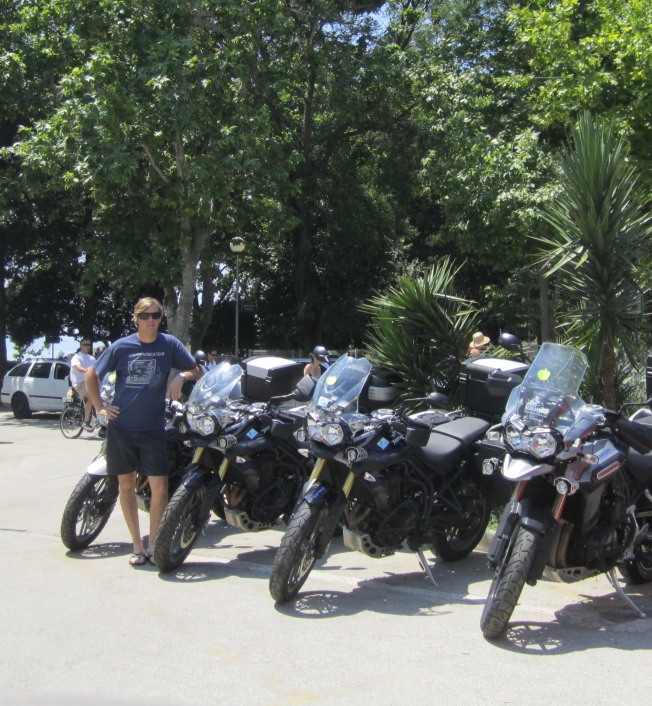 Antonia
Sunday, June 23, 2013 at 11:48
What a pleasure it was to be part of this Balkan Adventure: Croatia and Bosnia, curves and culture, riding and resting, touristy coast and remote backcountry, asphalt and gravel, etc. ... !
Danke Stephan for your high spirits and excellent guiding, and thanks Group for great company and so much international input - hope to see you all again, someday, somewhere, someplace, somehow...
Liebe Gruesse from rainy Northern Germany, Antonia
Reply
Facebook Twitter Google+