... and back to Johannesburg

Today this Scouting Tour of southern Africa came to an end, after three weeks and more than 6,000 km. It was a true African adventure, and it won't be forgotten. We'll be back! 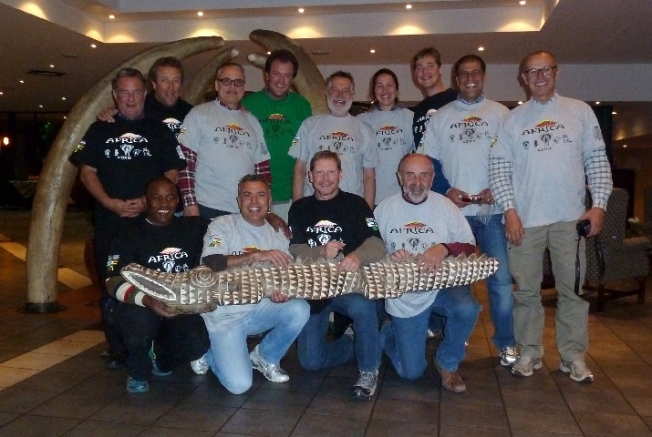 After successfully managing three border crossings in two days (Namibia - Zambia - Zimbabwe - Botswana) we reached the Chobe River. Our beautiful lodge was situated right outside Chobe National Park, one of the most amazing game reserves on the continent. Mere minutes away from our accomodation we were able to spot lots of elephants, hippos, buffaloes, crocodiles, and lots of birds as well as wild dogs and - finally - lions!!! 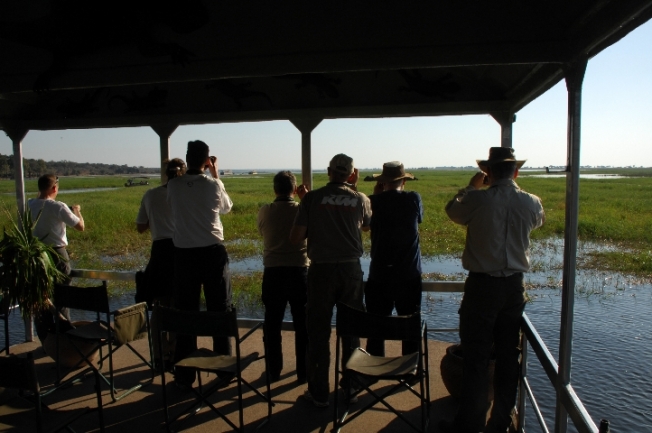 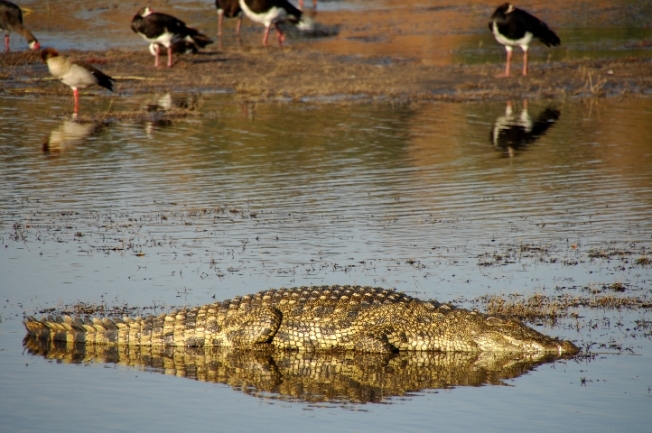 A croc, waiting paitiently for his dinner to move a little closer... 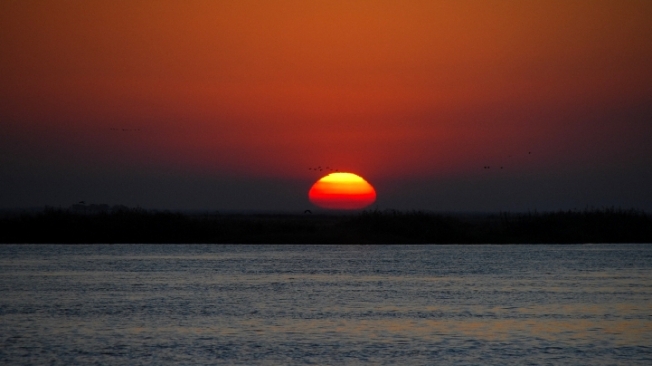 It is said that African sunsets are more beautiful than others. This is definitively true! George, watching the sunset from the bar... 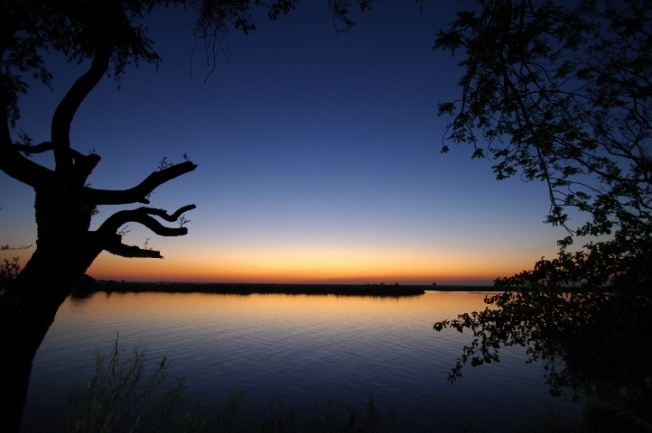 The magic of Africa comes alive here at the Chobe River. A true highlight of this tour!

From Etosha National Park we crossed northern Namibia, spent a night in a Lodge right on the Okavango River, and then followed the Caprivi Strip, a part of Namibia that that juts out like a finger and points to one of the Seven Natural Wonders of the World: Victoria Falls. The mighty Zambezi River crashes into a gorge, creating falls up to 108 meters high. A magical sight, especially just before sunset. Check out these pictures: The sun sets peacefully over the Okavango River 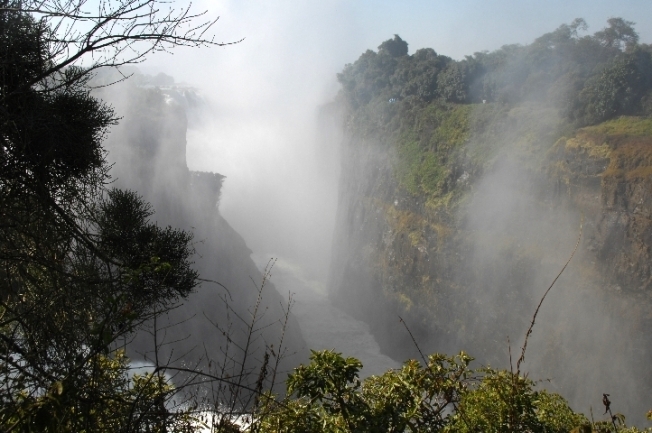 Stunnig view into the gorge 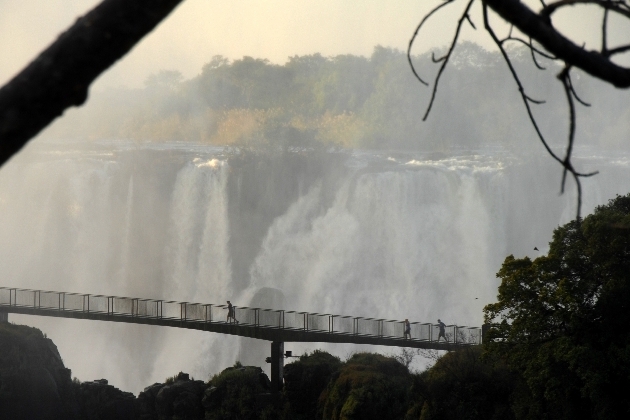 If you cross this bridge you will get drenched from head to toe! Breathtaking view of Victoria Falls during the last minutes of daylight

Halfway through our tour it is time to look back on some of the highlights we were able to see. Namibia is a beautiful country, more than twice the size of Germany but home to only 2 million people. That leaves a lot of space for wild and spectacular scenery, like Fish River Canyon, the world's second largest gorge. Quiver Trees are very unusual plants. They grow only in Namibia and a small part of South Africa.

We headed into the Naukluft Mountains and spent two nights in the Namib Naukluft National Park. An early morning excursion brought us into the Sossusvlei, where giant red sand dunes, some more than 1,000 feet high, create an otherworldy scenery of incredible beauty. 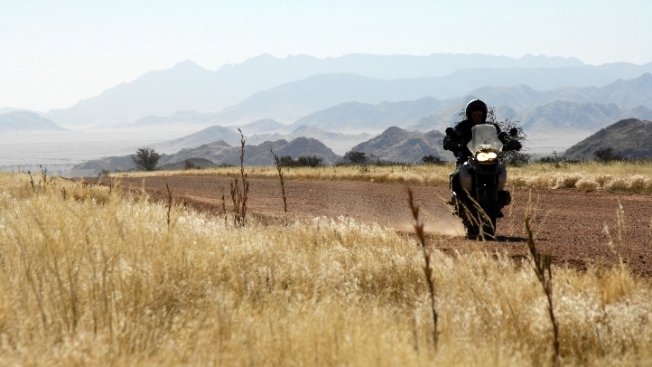 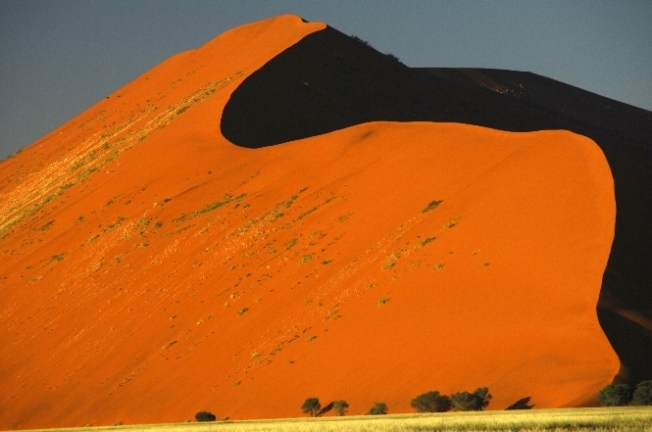 Today we had a rest day at Etosha National Park, Namibia's prime game reserve. On two game drives we had the opportunity to take pictures of some of Africa's most iconic animals. ... and back to Johannesburg