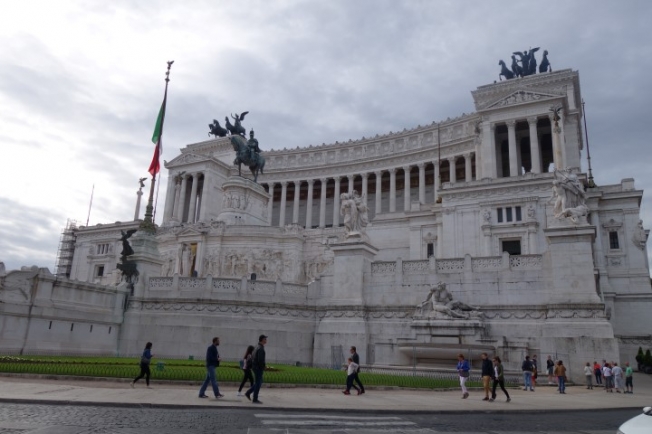 the Rome-Sicily Tour is on a start. We begin with  a guided city tour in one of the most beautiful cities in Europe. We, that is Marcel from Switzerland and me, started at Piazza Venizia, at the foot of the Capitoline Hill, which is dominated by the imposing monument of Vittorio Emanuele II, first king of Italy. 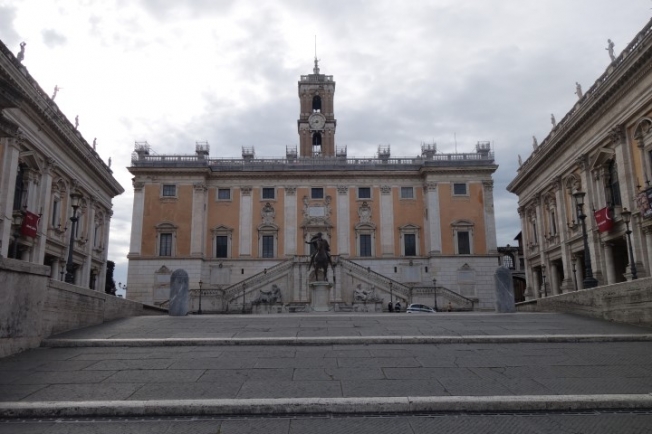 Piazza Campidoglio and the surrounding palazzi were created by the Renaissance genius Michelangelo Buonarotti in 1536-1546. It is now the seat of the City Hall. 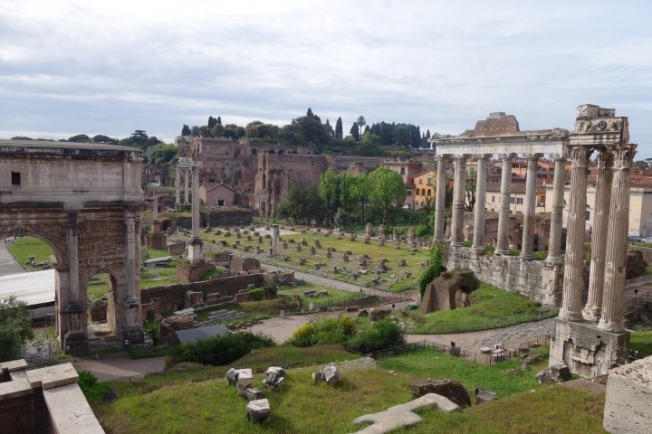 it offers a beautiful view to the Forum Romanum, a rectangular forum surrounded by the ruins of several important ancient government buildings at the center of the city of Rome. It was for centuries the center of Roman public live: Triumphal processions and elections, the venue for public speeches, criminal trials and gladiatorial fights, the nucleus of commercial affairs. 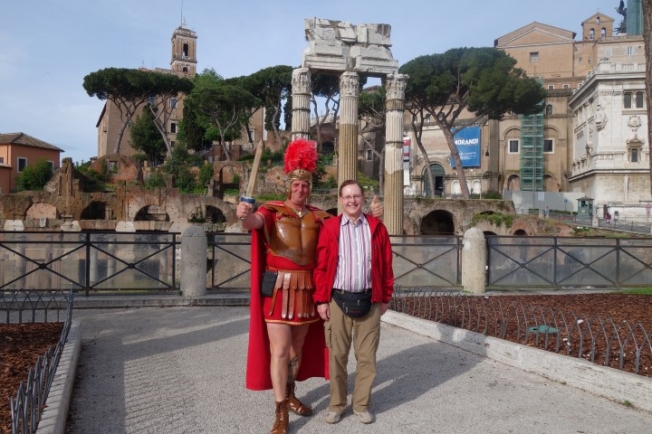 One of the "original Romans" posing with Marcel.... 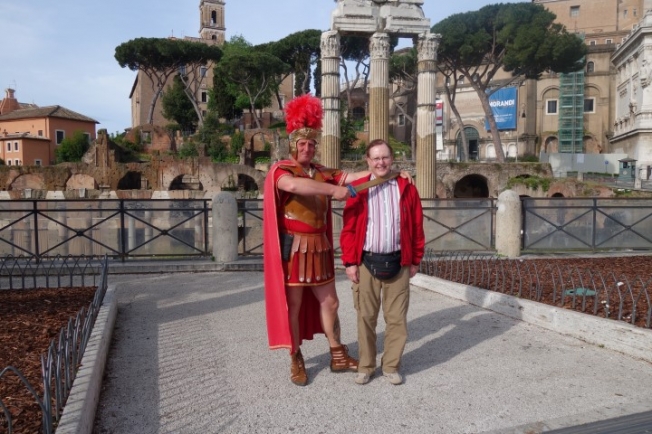 and this picture was taken after I told him, that Marcel is a tax officer 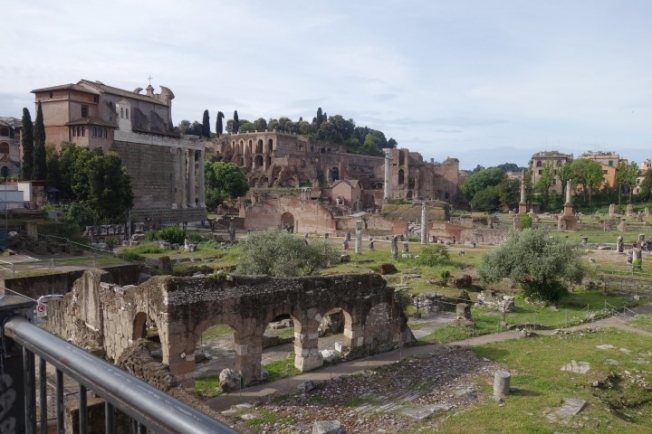 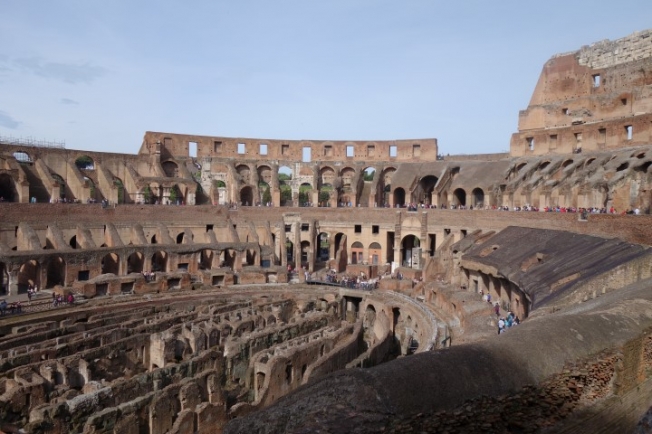 50.000 spectators could access within 15 minutes!!! and exit in 5 minutes, sample til today for all stadions.

Oval shape - no one could hide in corners - neither the animals nor the gladiators. It was used for gladiatorial contest, animal hunts, executions and dramas based on Classical mythology. The underground is even more interesting: the wooden floor could been taken away for to flood the whole arena and present see battles. There also was a complicated system of ramps and elevators to lift up a or bring down all the animals for the animal hunts. 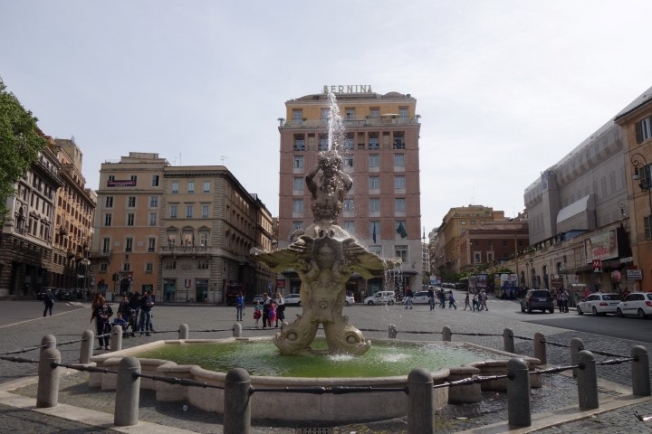 Close to Via Veneto, film set for "La dolce Vita" is the Triton fountain. The American Embassy is just round the corner. Rome is famous for numerous fountains in all different arcitectural styles. Rome had 9 aqueducts which fed 39 monumental fountains and 591 public  basins. Each of the major fountain was connected to 2 different aqueducts, in case one was shut down for service. Antico Caffe Grecco - meeting point for intellecutals from all over the world. Goethe was here. The Trevi Fountain - under construction until next year - is the largest one in the city and one of the most famous one in the world. A traditional legend holds that if visitors throw a coin into the fountain, they are ensured to return to Rome, if you throw 2 coins in you will fall in love with a Roman.... An estimated 3000 Euros are thrown into the fountain each day!!! 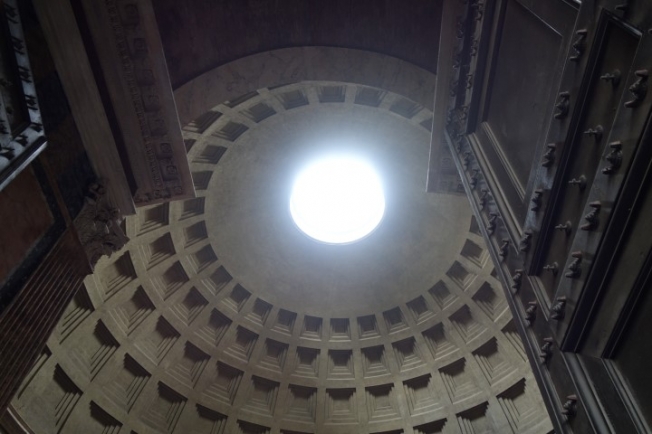 The Panteon - best-preserved of all Roman buildings. Almost 2000 years after it waas built, the Pantheon`s dome is still the world`s larges unreinforced concret dome. 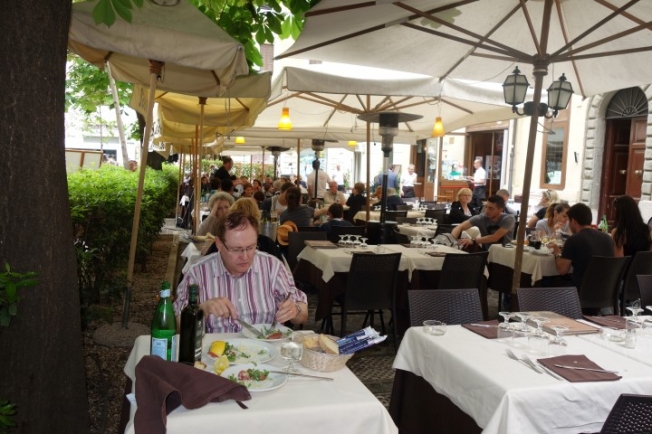 Lunch in Sforza Cesarini square at.... ... yes "da Luigi". Vicky this picture is for you only 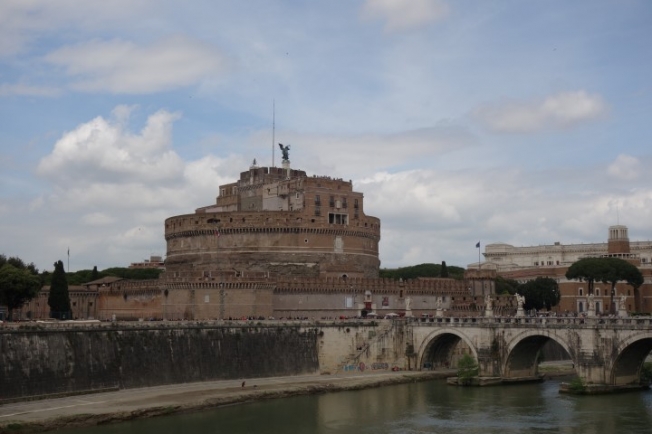 Castle of the Holy Angel - Mausoleum of Hadrian. The building was later used by the popes as a fortress and castle. The Castle was once the tallest building in Rome. Last not least  we went to the Vatican - the smallest internationally recognised independent state in the world - by both area and population. After lots of impressions, good cappucchinos, first impression what Roman food is like - we returned to our hotel to meet the group for the welcome briefing.