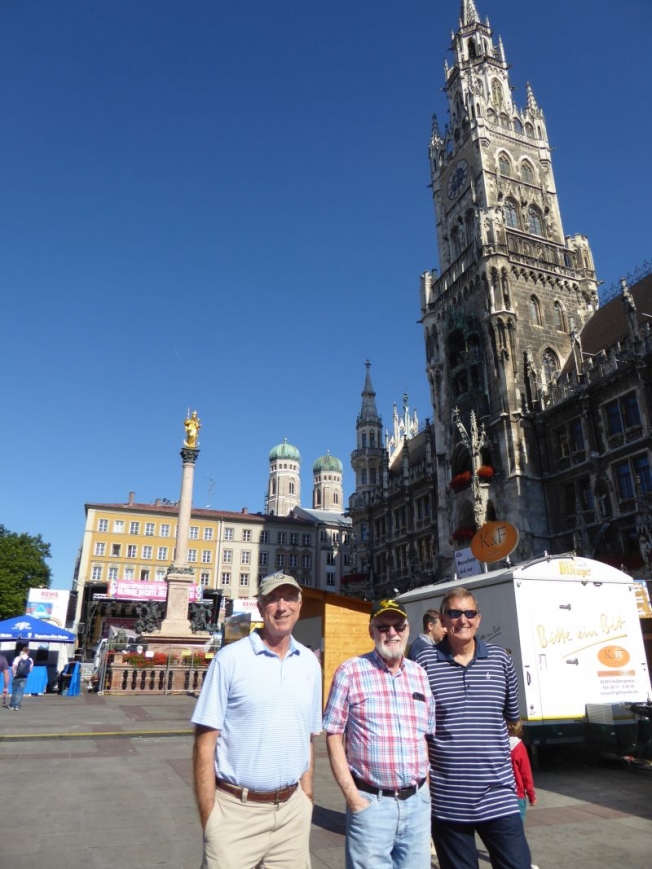 John, Dave and Mike at Marienplatz 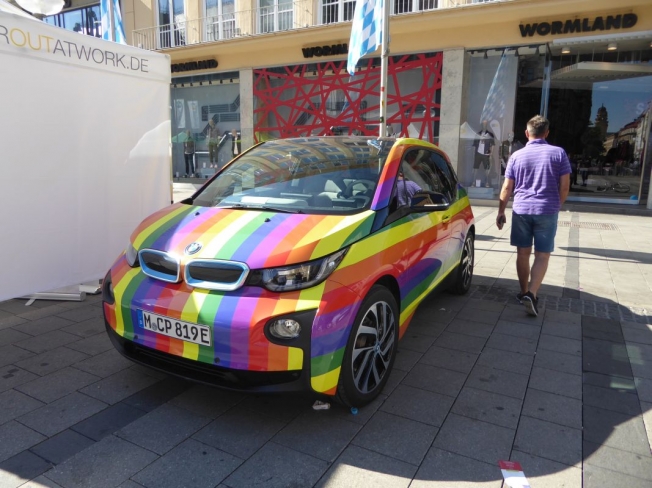 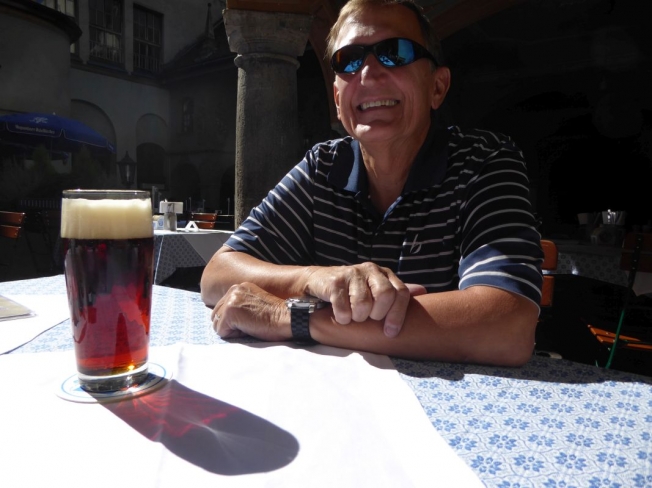 Mike and his first pint of Augustiner Dunkel. It won't be his last one.... 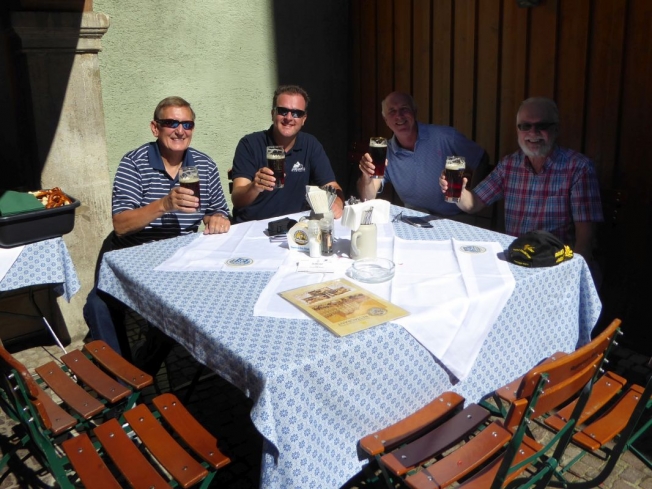 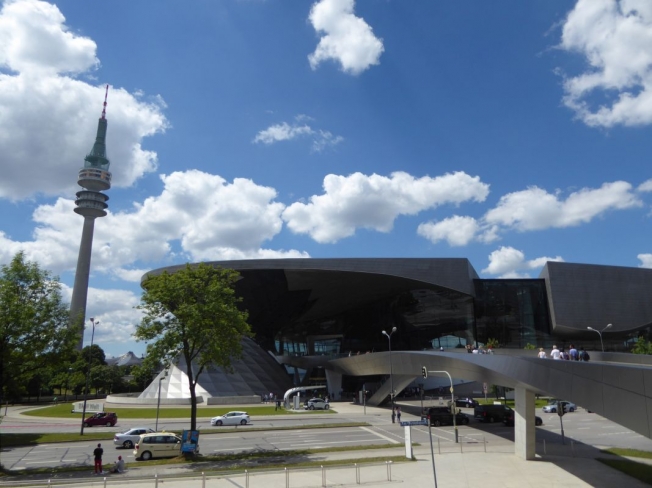 The Olympic tower and the BMW World 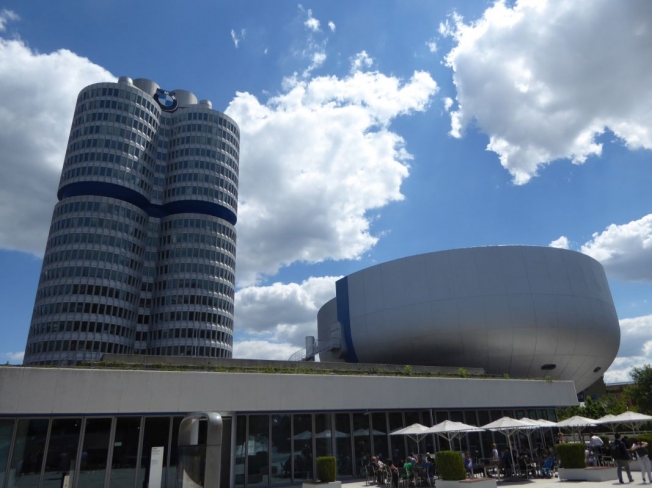 and the museum ("the Bowl" 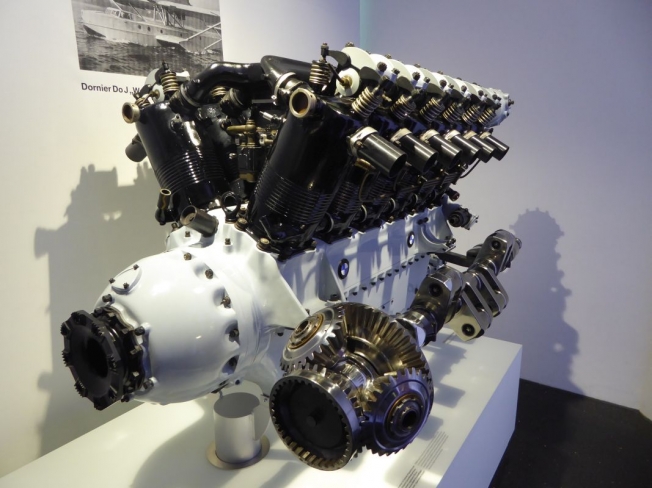 The guys with a R90S Racing Edition. 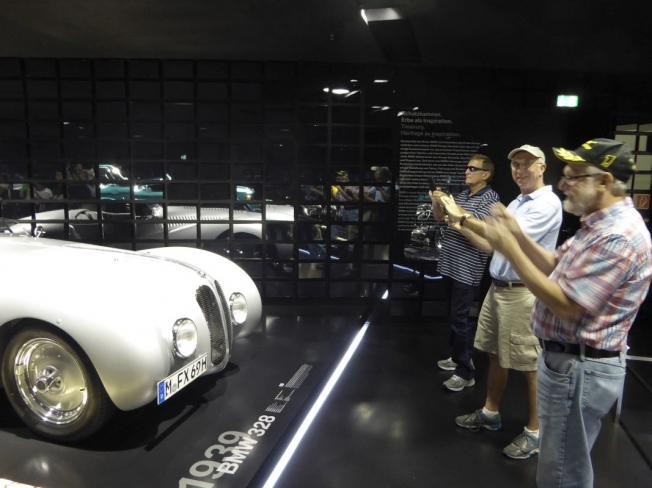 The cameras were running hot... 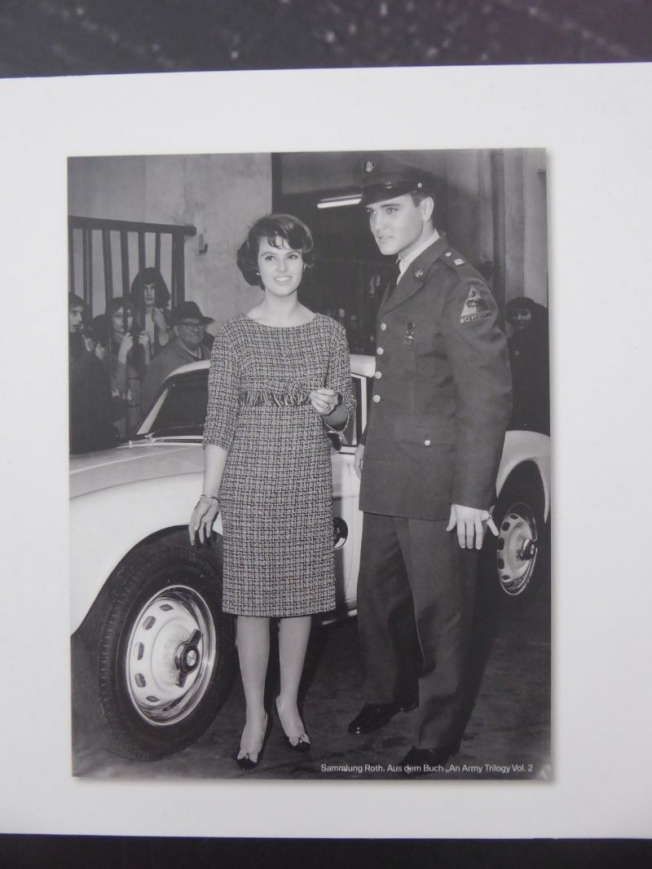 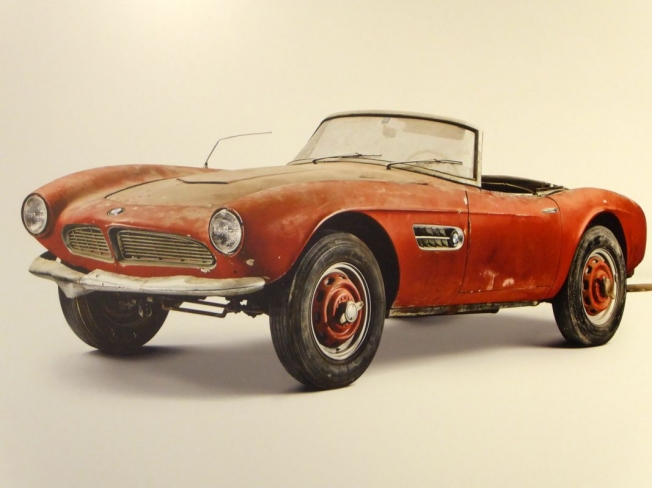 ... and had it painted in red so the girls couldn't write their phone numbers on it with their lipsticks.
Then the car disappeard and was found decades later in a barn. In very poor conditon as you can see. 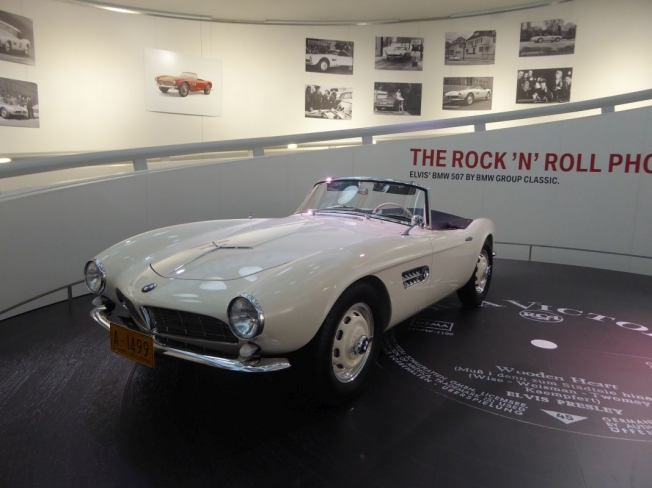 BMW restored it to better-than-new conditon. Now it's on permanent disply in the BMW Museum. What a beauty!!!
Top of page
Facebook Twitter Google+