best book there is, part 11: Blessing in Disguise 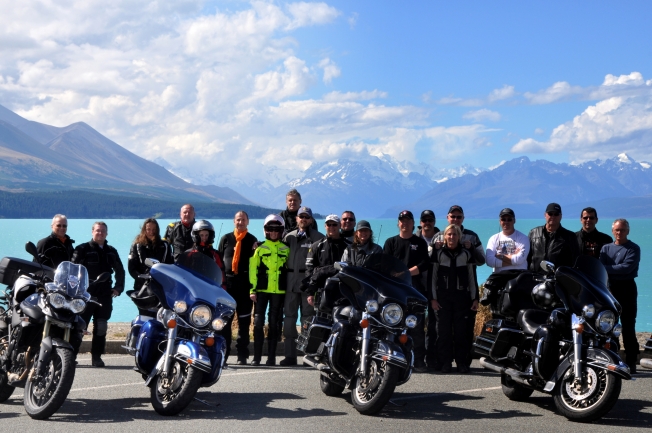 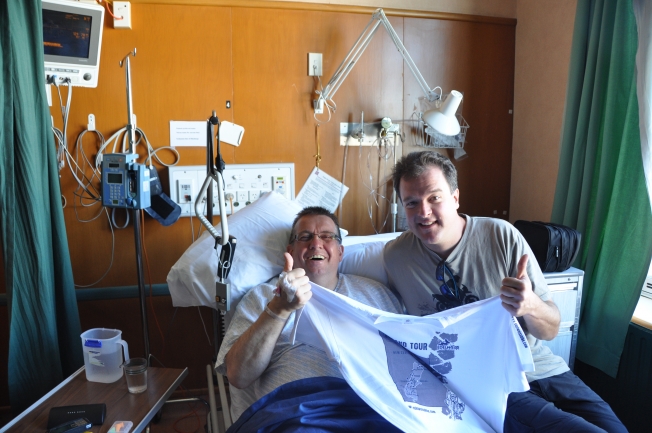 January 2014: Finally, I have made it in time to start the motorcycle tour on the other side of the world in New Zealand, which was originally planned for my 50th birthday. Take-off is on January 20, 2014, in Christchurch.  As always, perfectly prepared by Mrs. Maag from the travel agency Eudenbach-Müller, I will be at the starting point a few days earlier to recover from jetlag and to acquaint myself with the country and its people.

I find Christchurch particularly exciting because this city has seen the destruction caused by the earthquake in February 2011 as an opportunity to start a rebuilding process with future-oriented infrastructure, architecture, and urban planning, all earthquake-proof. The first new buildings in futuristic architectural style are already visible. In addition, I have never seen a shopping mall consisting of converted shipping containers. The New Zealand talent for improvisation and the special attitude of never giving up really inspire me.

A further highlight is the beautiful Botanic Gardens right next to Christchurch Hospital, which is supposed to get a special meaning for me on this tour.

On January 21, 2014, the motorcycles will finally take to the road with a colorful and likable group of people from Canada, the Czech Republic, Austria, the USA, and Germany. Thomas even comes from my original home in Münsterland - how small the world is sometimes. Our tour guides Tom Ritt, Tony Fairweather and Stephan Kaltschmid directly provide a lot of excitement for what awaits us.

The weather on the South Island is initially very good for us. We take a magnificent group photo with a view of Mt. Cook and experience great days in Queenstown.

On January 26, 2014, we travel up the west coast from Fox Glacier to Punakaiki. Unfortunately, the notorious persistent rain in this area has caught up with us.  It is 3 pm and we cross one of the last "road and rail" bridges in New Zealand. More precisely Bridge 13 over the Taramakau River shortly before the town of Greymouth with a bumpy single-track road surface and built-in railway tracks.  I should have guessed that wet railway steel to the right and road to the left could have been a problem. But you are so fascinated by the unique landscape and unfortunately, your brain stops working. What happens next is what some of you have probably experienced yourself at least once. The front wheel slips away on the wet tracks and I crash with my left side against the last steel bridge pillar.  6 ribs broken and the shoulder shattered. I only hear the summoned police tell me something about accident blackspots before I am transferred to the ambulance and sent off into the "realm of dreams". I wake up again at Grey Base Hospital in Greymouth and my first thought is that the doctor there is cutting up my newly bought stylish merino wool shirt. You sometimes have some strange thoughts in such a critical situation.

Luckily our tour guide Tom is at my side and takes care of my wellbeing.  After a detailed computer tomography of my body - my doctors in Germany are later quite enthusiastic about the film - the decision matures that I will probably be transferred to Christchurch Hospital, since this "district hospital," is only equipped for normal arm and leg fractures. The next day I am transported across the South Island to Christchurch and can now admire the hospital from the inside.

Orthopedic department Christchurch Hospital: 6 patients of all ages and sex in one room separated only by curtains; at night a demented former police officer permanently screaming for the nurse; it is a nightmare. But for patients who have had an accident at least without any costs, thanks to state medical care! The only glimmer of hope is our tour guide Tom, who followed me in the tour van to bring me the clothes from the suitcases of the broken motorcycle, the helmet, and boots and to check on me. As you can see in the picture, things are already looking up again.

The most exciting question now is whether I have to undergo surgery on-site or whether I can be transported to Germany and how I can get there. I made the acquaintance of a shoulder specialist flying through New Zealand, Dr. Love - no joke - who absolutely wants to see me on the operating table. Fortunately, one of his assistants stopped him and recommended that I return to Germany and continue treatment there.  So now the plan is to return to Germany as soon as possible. Nurse Simon deserves special thanks here, as he immediately takes care of organizing my return journey. The ADAC can't organize an ambulance flight for me until more than a week later, so Simon takes care of a medical certificate of fitness to fly and the coordination of my return journey as quickly as possible.

The ADAC - Germans are often very concerned about everything - also points out that the airlines do not have to take me with them, despite the certificate. Simon immediately organizes a taxi ride to Christchurch airport to introduce me to Air New Zealand for the connecting flight from Christchurch to Auckland. The employee at the counter of Air New Zealand laughs himself half dead as I stand in front of him with my left arm in a sling and the doctor's note. In response to my confused question, he explains that after the earthquake in 2011, people have been flown out with much more severe injuries and I have nothing to worry about. There he is again, that overwhelming spirit of New Zealanders to tackle and solve problems instead of hiding behind formalities and concerns.

So, nothing stands in the way of my return flight and the final highlight of this story is when Tom and tour member Sabine welcome me at Auckland airport to see how I am doing and wish me a good flight to Germany. I have, as we say in the Rhineland, tears in my eyes.

Then I arrived safely in Cologne. It was decided not to operate and after a lot of physiotherapy and weight training, I went on the next tour with Edelweiss to France a year later.

The passion for motorcycling has remained and "New Zealand, I will come back". The dilapidated bridge over Taramakau River has finally been replaced by a modern, two-lane bridge, according to Tom.

best book there is, part 11: Blessing in Disguise