best book there is, part 13: Lost on Vacation 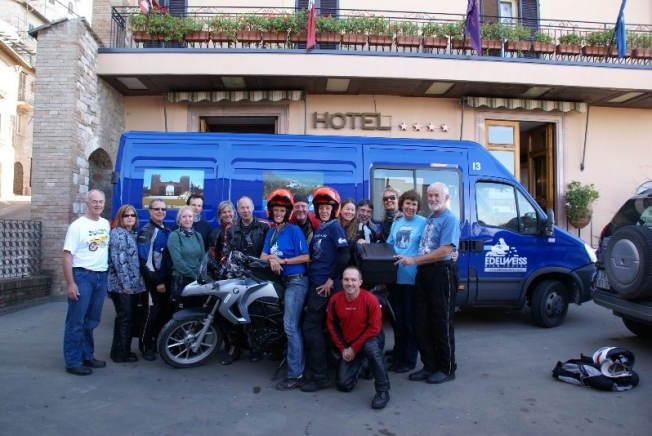 It has been 11 years now since I started working for Edelweiss Bike Travel. A time during which I collected a wealth of fun stories, experiences, and adventures. The only difficulty occurs when customers ask me to tell them my best, most crazy, or most out-of-the-ordinary story. I’d say it simply is hard to pick just one because they are all unique in their way. However, when Edelweiss was asking me to contribute a story from my life as a tour guide, there was this story coming up to my mind, instantly. Why? Maybe because it was one of the first stories of my colorful career as a female motorcycle tour guide. And also because the laughter in the end continued travelling only to return back on one of my later tours, and thus showed me the most beautiful effect our work as tour guides has: Riding a motorcycle creates a lasting bond, no matter the time or distance.

Once upon a time in Tuscany, Italy… It was one of these promising sunny days and we were on our way from Siena to Assisi. It was my turn to guide our group on the motorcycle. And my co-worker Ursula, to whom I owe much of my basic experience, was responsible to put up the famous Edelweiss picnic on that day. After we had arrived at the agreed place around lunch time we were surprised by a dark cloud signalizing that the weather would very soon change from the idyllic scene to a rainy mess. So we enjoyed Ursula’s delicious delicacies and then helped her to quickly put everything back in to the support vehicle. As if scheduled, the heavens opened up, and it was raining buckets precisely at the moment when we were closing the doors. Just before the rain fully blocked my view, I could see in the distance that there was still a dry spot. So I decided to continue with the riders into this direction. At this point in time it was raining so hard that the only thing I could see was the headlights of the motorcycles. As soon as I could make out the right number of headlights I started riding. Shortly after that we returned back to dry roads, which made me stop by the side of the road to make sure the group was complete and everybody was okay. But what was this? I couldn’t believe what my eyes saw: At one of the BMW 1200 RTs the right side case was popped wide open. And to make it even worse – the lady passenger, who I thought had been sitting on this very motorcycle just before, was missing now!! Coming here, we had been riding on a road along a steep slope, basically without any visibility. Could it be that the poor woman had been falling off the motorcycle? Sheer horror must have spoken out of my face. When I asked the rider if he was aware that he had “lost” his wife, he looked at me cheerfully and informed me that his wife, at the very last moment, had changed her mind and had joined Ursula in the van (which I couldn’t possibly have seen because of the heavy rain). She was safe and sound and on her way to our next hotel by now. Jolly glad that the horror scenario in my mind could vanish into thin air, I closed the lid of the RT’s side case and joined in the laughter.

If I had thought back then that this story was a thing of the past, I should have known better. Some months later I got assigned on the Morocco tour. Arriving at the base hotel in Málaga, I saw a number of people unknown to me sitting together enjoying a glass of beer. When they spotted me they called me over “Hello Angela”. To my surprise these were all good friends of the gentlemen whose wife I thought lost in the heavy Italian rain. This was the start of a great fun Morocco tour during which we had plenty of jolly good laughs, too. I would say this tour even has become one of the blithely best tours in my 10 years of work with Edelweiss. But this is another story… 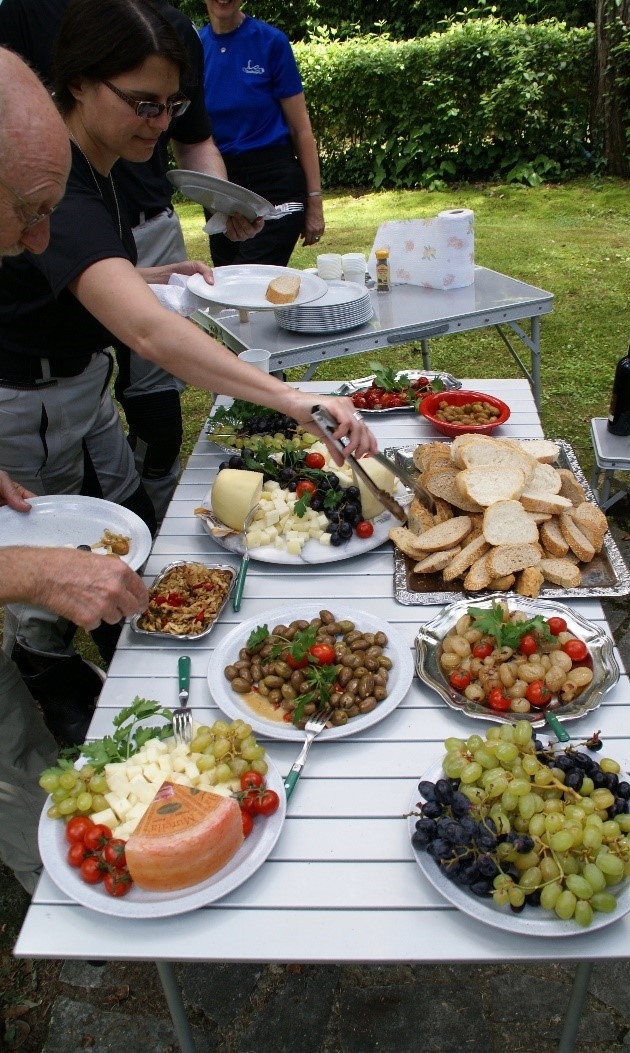 best book there is, part 13: Lost on Vacation

Diane Lord & John Douglass
Saturday, April 24, 2021 at 15:57
Hi Angela, You need not feel so bad. My husband actually did leave me behind, but only once!
We were on the 2018 Mystery Ride in Provence and had stopped to admire a view. As I am walking back to the bike he took off without me. What! Fortunately another rider had also stopped and she graciously gave me a lift. It took my husband a little while to realize I was not behind him; he said it was awfully quiet back there. Needless to say he had a hard time living that one down at dinner that evening.
You were one of our guides on our very first Edelweiss tour, Best of Europe. We so enjoyed ourselves that now an Edelweiss motorbike tour is an annual treat for us. We are looking forward to catching up next year for the tours missed during this down time.
Thank you, and keep the rubber side down.
Diane
Reply
Facebook Twitter Google+