An enjoyable test run with Honda’s new Africa Twin on the roads of sun-blessed Andalusia, Spain. 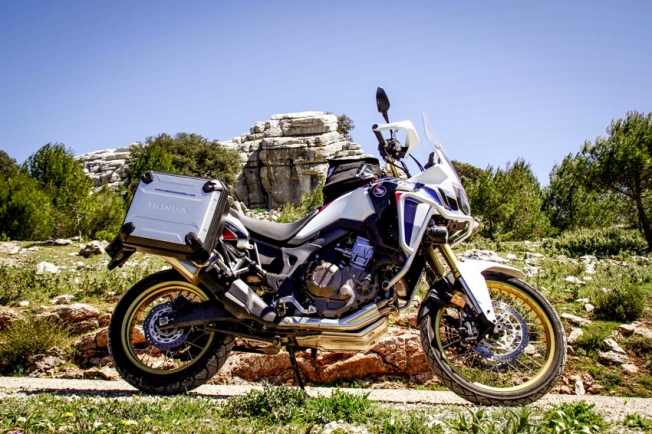 It didn’t take much to convince me when I was asked to take the new Honda Africa Twin for a spin on the amazingly winding roads around Malaga.

To be honest, when I saw the Africa Twin for the first time in the garage of Edelweiss Bike Travel in Mieming, Austria, I had my doubts about the performance of this vehicle, which is supposed to replace such a strong and legendary motorcycle. Will this new Africa Twin manage to live up to its promise?

Yes, it absolutely does! And even more so, as I found out within this day full of riding fun.

The unusual cockpit attracts my attention

Still on the parking lot, I am curious to finally climb the bike. Being used to the comfortable BMW seats, the long and soft seat of the Africa Twin, initially, feels unfamiliar. The unusual vertical cockpit display attracts my attention at first. And that is as it should be. You are well advised to make yourself familiar with the information load before you start the engine. With this current model it is not yet possible to deselect the information the individual rider may not want to look at while riding. I would also prefer a more reflection absorbing display. Incident sunlight makes it hard to read the information displayed. 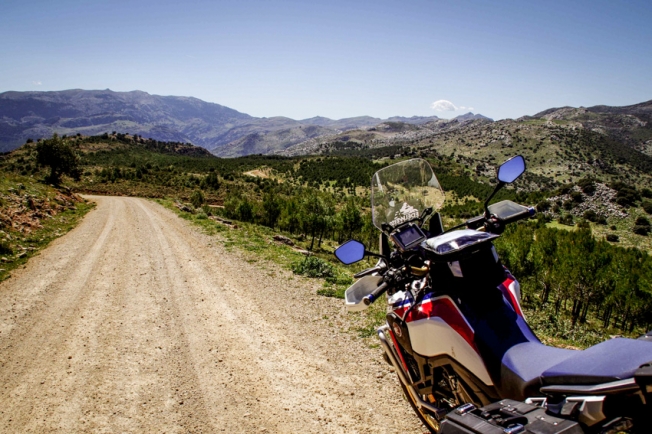 A high windshield for good protection

As the Africa Twin is supposed to be an all-round bike, Honda has included a switch for the optional traction control as well as one for the optional ABS. They are positioned left, respectively right of the display. Unfortunately, the bike does not yet have the option to save individual settings. Each time the bike is restarted the rider needs to flip through the settings again to get back to previous selections.

My first impression of the high windshield is very positive. For people of 5,5 feet it seems to have the right size. Occationally, during the ride, however, I find myself trying to sit up a bit more to be able to look over the edge of the windshield. Now, I could use an adjustable shield to avoid having its upper end in my field of vision.

Both panniers and topcase that come with the bike are a bit disapointing. With such a fantastic bike I would have expected them to be a bit more firm as far as the material and the manufacturing are concerned. Thanks to Touratech, however, this is not really a big problem. They offer a large variety of accessories including panniers and top case along with the according mounts. I find this absolutely positive as it allows the individual rider to custom-fit the bike. 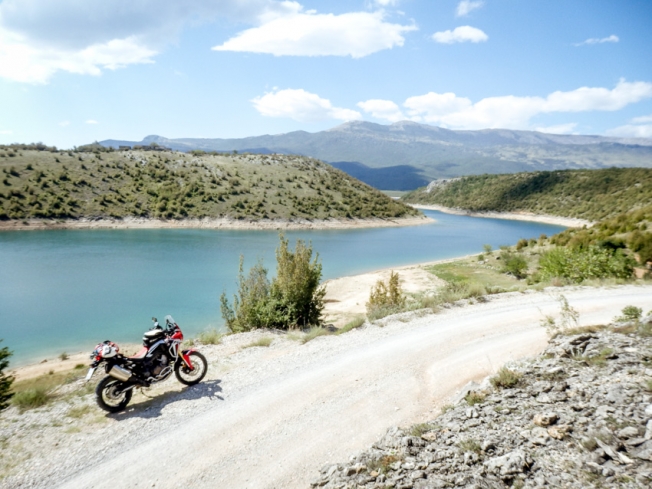 But let’s not get stuck with those details for too long. The most formidable part of the bike is yet to be experienced: The performance of the Africa Twin’s engine is so convincing that all other thoughts are wiped away instantly.

The smoothly running 1000 cc engine impresses with its sonorous, full sound. It is just fun to gracefully steer the 212 kg bike, driven by 95 horsepower, on the 40 km long and winding road that leads me from San Pedro de Alcantara up to Ronda. And even on the following back roads full of twisties, switchbacks and any other type of curve you can imagine, the bike easily masters even the fair amount of dirt, which the last rain has washed into the road. And as the Africa Twin, among other purposes, has been designed to master off-road terrain, I went to see if I could find some Andalusian dirt roads, too. I didn’t doubt it before, but by trying out I enjoyed a bike that offers an outstanding handling and stability on unpaved terrain.

The 230/220 mm spring load in combination with a 21 inch front wheel and a 18 inch rear wheel are very well engineered and performe nicely on-road as well as off-road. While others may prefer a harder setting of the suspension fork, I found the soft setting just alright for the purposes I used the bike.

The Africa Twin I had for this test run came with standard clutch and gear shift. I was especially surprised by the smooth shifting of gears. It gave me the impression of a harmonious riding experience. 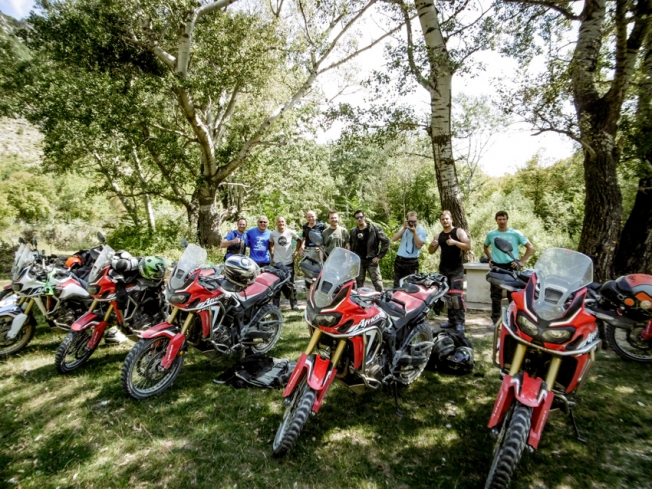 With a big grin through the winding andalusian roads

Have you ever ridden on Andalusian roads? Well then, you should be familiar with the linearity of curves following the appropriate road sign. Typically, in this part of the Iberian Peninsula, it is not only two or three curves but a whole set of curves on a winding road that might even last for a couple of miles. Nothing to worry about at all. Quite the contrary – the experienced rider, with a big grin in the face, will need a breather at the side of the road to trace the great fun he has just had! With other bikes you sometimes are torn between riding with either low rpm or high rpm through the curves. But not with the Africa Twin. Without any difficulty the bike can be maneuvered in third gear through those winding roads.

According to official sources the 18.8 liter (5 gallons) tank is supposed to last for about 250 miles. The amount of curves along my route today didn’t allow for this mileage. But equivalent to my mileage and consumption I arrived slightly above the 4.5 liter (1.2 gallons)/100 km given by Honda.

To get back to the bike’s unusual seat: Now, at the end of a long, extensive riding day, I can say that my back as well as my bottom still feel relaxed. Others, though, may consider the Africa Twin’s long, small seat too soft.

My conclusion at the end of a truly amazing riding day: The new Honda Africa Twin is a very well engineered motorcycle, which easily wins you over by its versatility. On my first tour this year here in Spain a couple was riding on the Africa Twin two-up and they both were positively surprised by the great performance of the bike even with a pillion rider.

Whether being used as a touring bike or on a long-haul journey, Honda clearly succeded in producing a great revival of the Africa Twin. 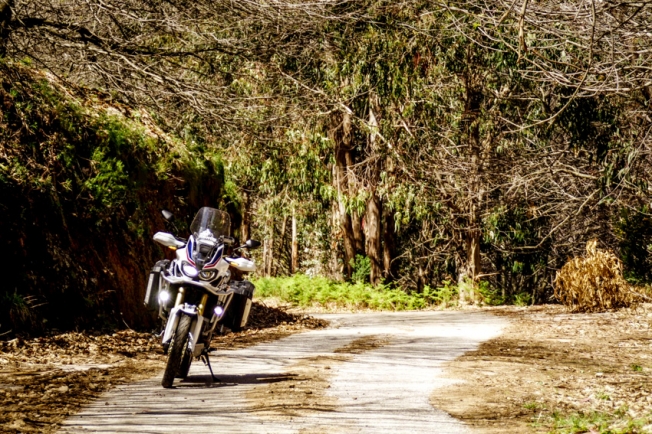 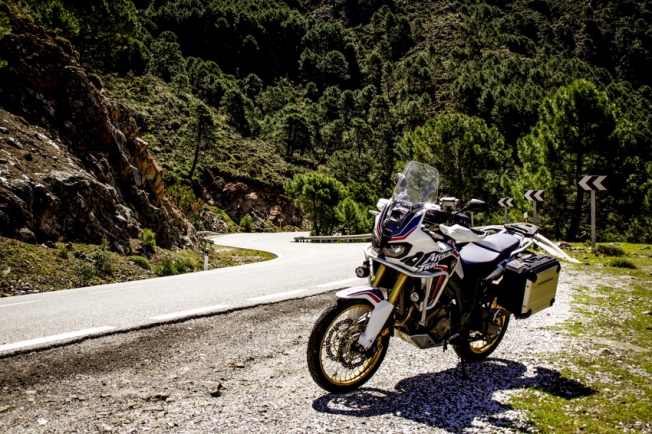 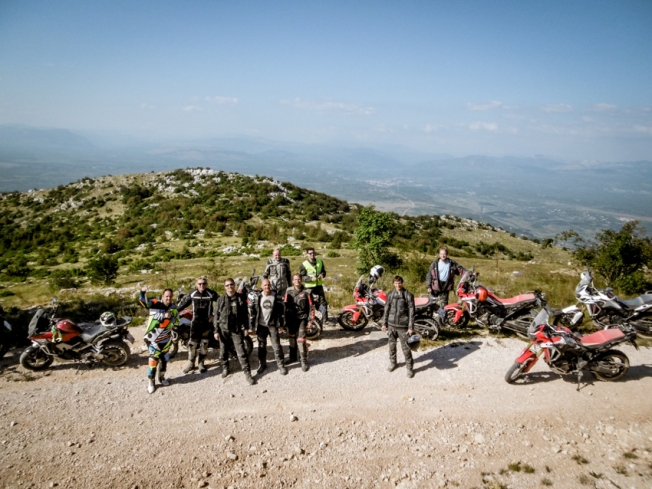