It is hot in paradise. The short thunderstorm over Bologna on the frist day did not result in a change of temperature. So the group enjoyed the airconditioned rooms of the Ducati museum before hitting the winding roads of Emilia Romagna and Tuscany on the way to Livorno. Raingear purchased at the Ducati store came in handy for the buyers as we had to pass another local shower. 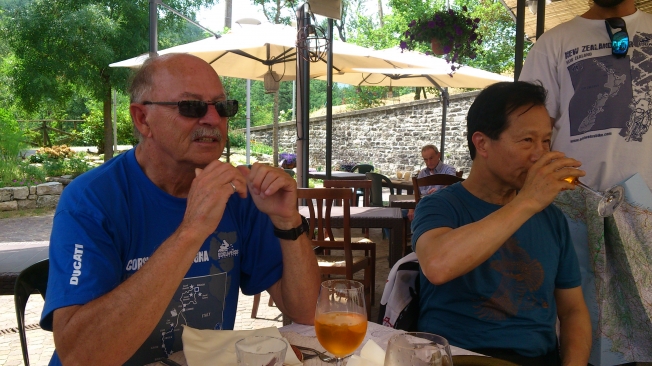 David and Phil enjoying the shade... ... as do Nigel and Jim, waiting for the fantastic food to arrive.

After a short night in Livorno, the early morning very took the group to the island of Corsica. After the first fuel stop we all know the answer to the important question:

How far does a Multistrada run on Diesel? Less than one kilometer.

Question number two: What does it take to get it running again? A mechanic willing to work overtime on a Saturday, eight hours and €400,--

Nonetheless, it was a beautiful riding day along Cape Corse and through the Desert des Agriates to Calvi. 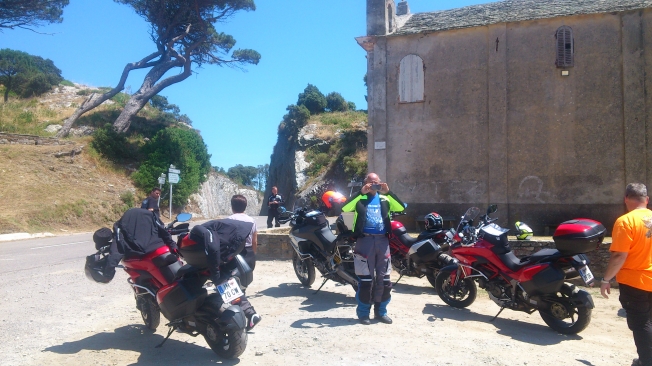 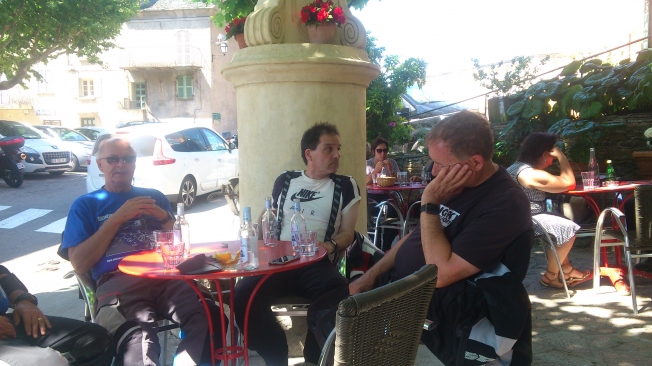 David, Walter and Jim resting in the shade in Nonza. 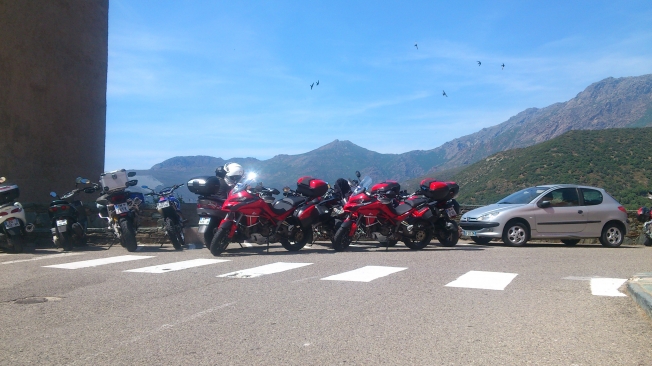 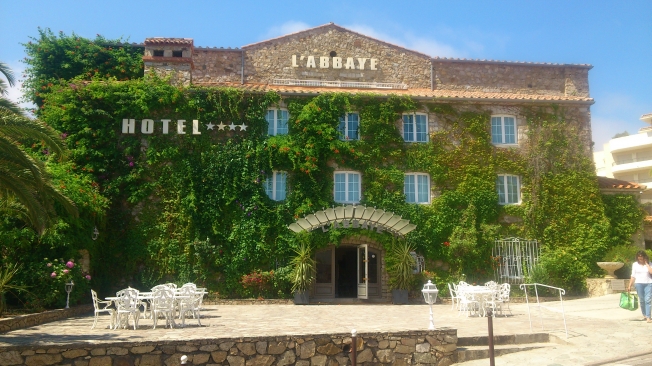 Our hotel in Calvi - one could spend more than two days in such a location... 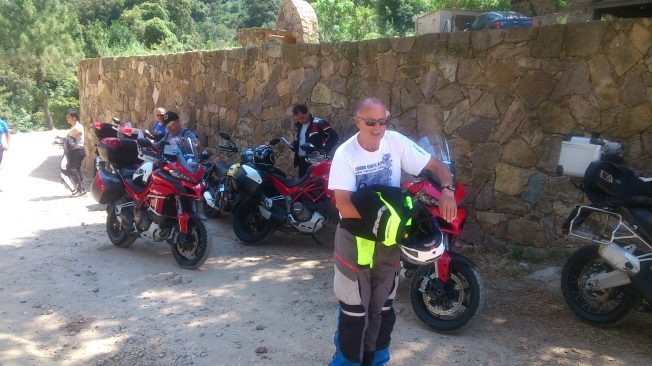 Rest day ride - everyone is happy to find a place in the shade.

The rest day in Calvi was spent on the beach and on the scenic roads around town.

Heading south the next day we got the real taste of Corsican roads. Winding along the coast with spectacular views of the sea and the mountains, a side trip to the highest pass on the Island and the answer to another important question:

What does it take to empty the tank of a Ducati Multistrada that has been filled with Diesel? Three people, a good set of tools, some thinking and two hours.

Everyone finally arrived at the hotel in Ajaccio and one other question had not to asked: who will pay for the drinks tonight? 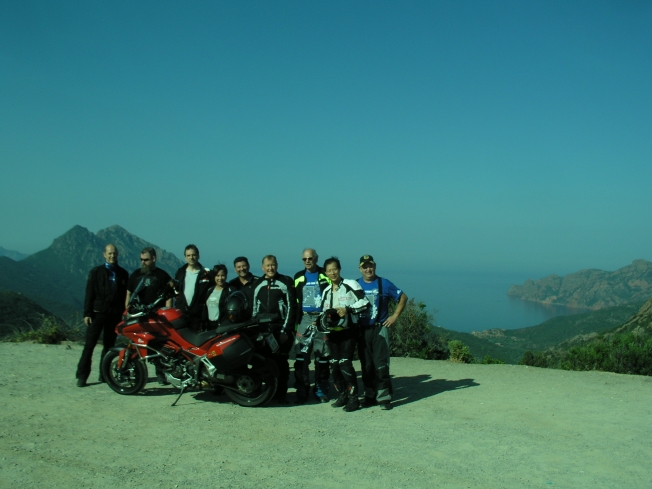 The group at Col de Palmarella 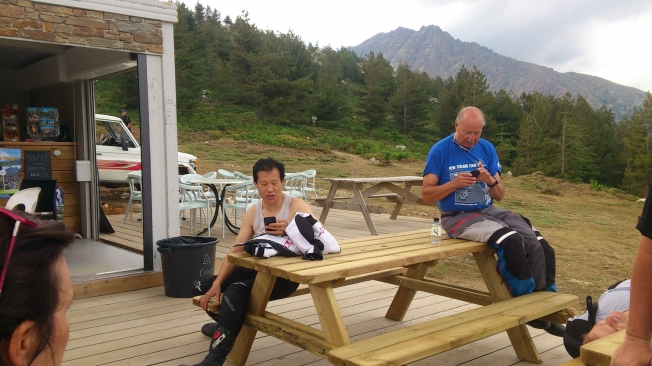 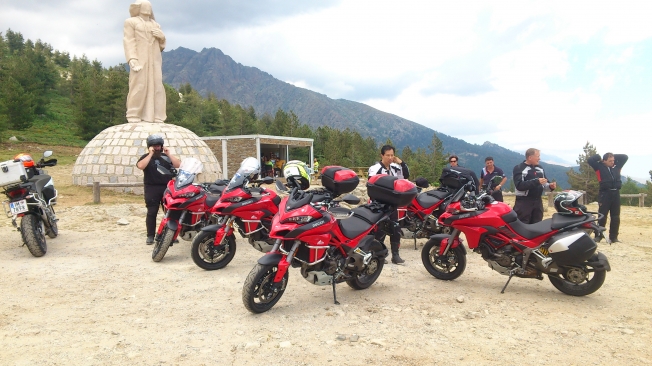 Col de Vergio - highest pass on the island and finally some cool air without having to move at 90kph! 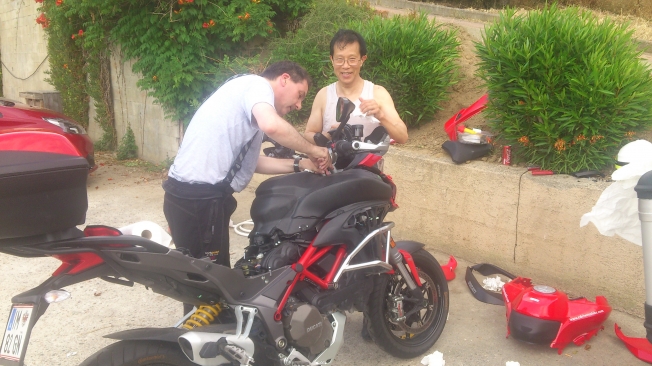 Remember the days, when a motorbike had a tank with a tap that you could reach, open and close without taking the bike apart? Walter and Phil trying not to loose patience and track of 30+ screws and parts...

Visiting the birthplace of Ajaccio's and Corsica's most famous son - Napoleon Bonaparte - was the first tick on the list on Monday. Only from the outside - the museum is closed on Mondays. Then navigating the busy morning traffic throgh town before reaching the winding roads that would take us across the island. A short stop at Filitosa for coffee where everyone skipped the visit to the archaeological site due to the high temperatures. Up to Col de Bavella we went in the hope to escape the heat. Down again to Solenzara for ice-cream an lots of water an finally to Bonifacio for dinner and a gorgeous sunset. Sardinia on the horizon

An early rise again the next morning to catch the ferry that would take us to Sardinia. After a hot day's ride we arrived early at the hotel and most went straight into the water. 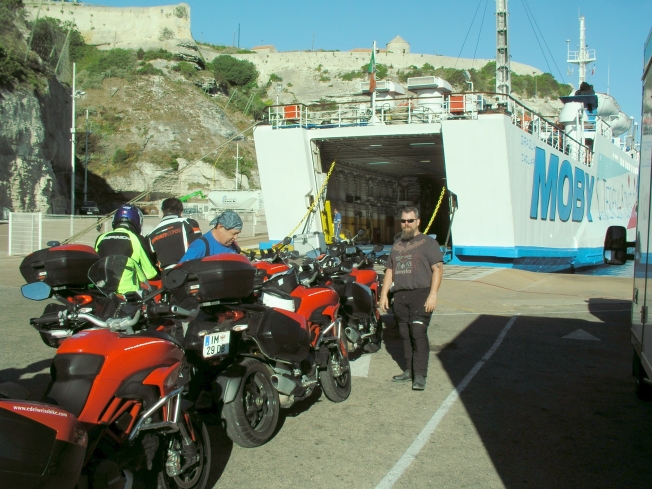 The ship to take us to Sardinia 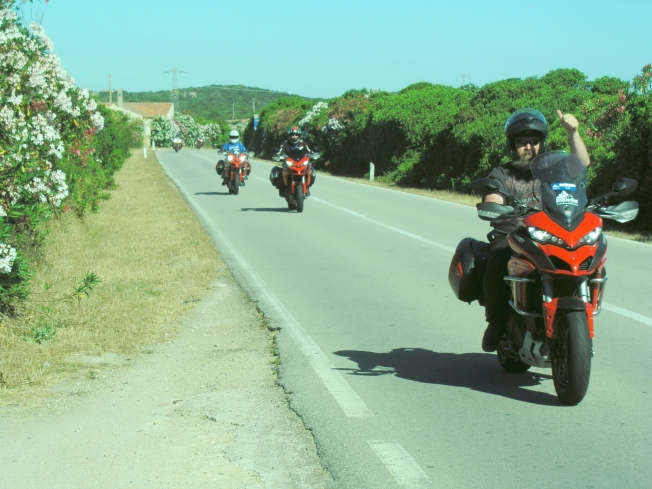 Yes, there are stretches of straight road on the islands...

During the following rest day, the location and services of the hotel were put to good use by everybody, be it sampling the local beaches and sights or just relaxing at the pool.

Whoever had hoped that Sardinia would be less hot than Corsica was to be disappointed. But the gorgeous roads along the west coast, a delicous sea-food lunch and finally the roads through the mountains on the way to Arbatax were worth the sweating. Getting ready to ride after lunch 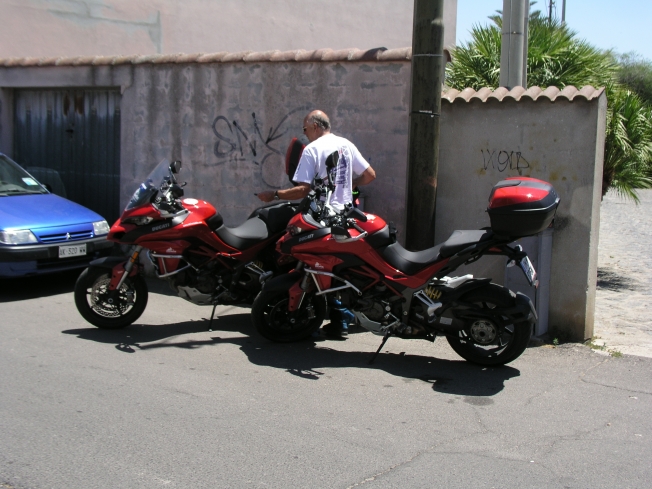 The final day on Sardinia. A late start to make up for the long day yesterday, then twists and turns all over again with a final stretch of highway into Olbia, where the ferry to take us back to the mainland was waiting. 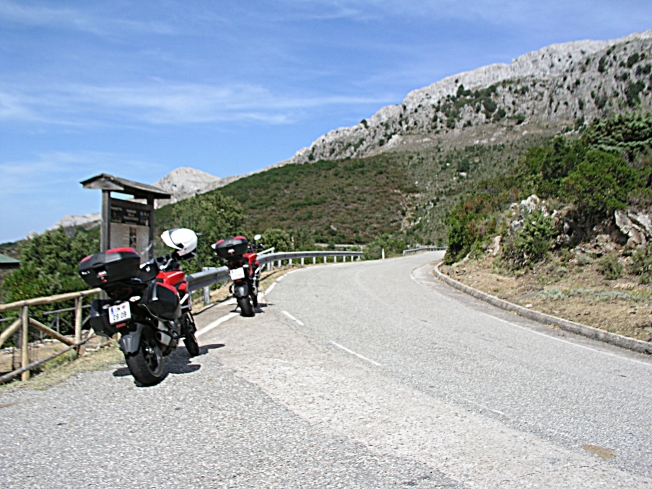 After a quiet night on the ship, a great breakfast and some more riding on not-so-straight Italian roads eveybody made it back to Bologna. And it is still hot!

Dave B
Tuesday, June 27, 2017 at 04:39
Great ride guys and a nice blog too. Thanks for all of your help along the way.
Reply
Facebook Twitter Google+