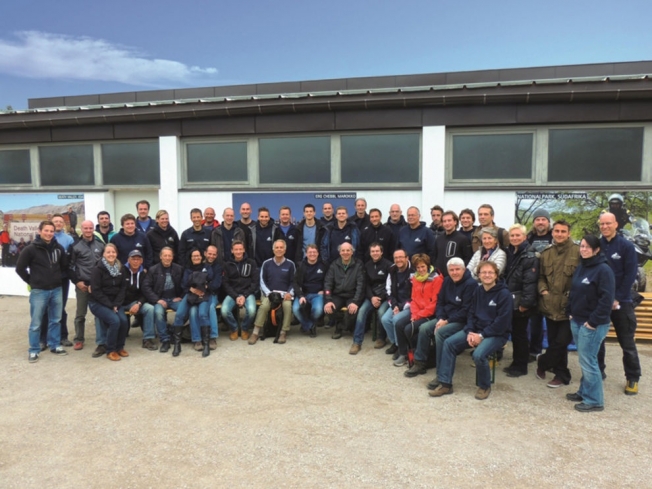 As every year and shortly before the riding season in Europe is getting busy, Edelweiss Bike Travel is getting together in Mieming, Austria, in order to held the annual tour guide training.

More than 40 tour guides from all over the world, plus the Edelweiss office team is getting prepared in an almost one week training in order to ensure a perfect customer touring experience throughout the upcoming year. 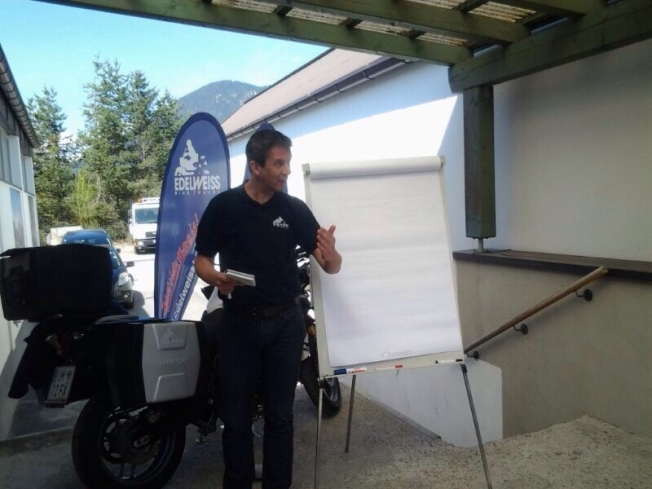 After a quick welcome speech of Rainer Buck, general manager of Edelweiss Bike Travel, the group is moving inside for some first classroom sessions. 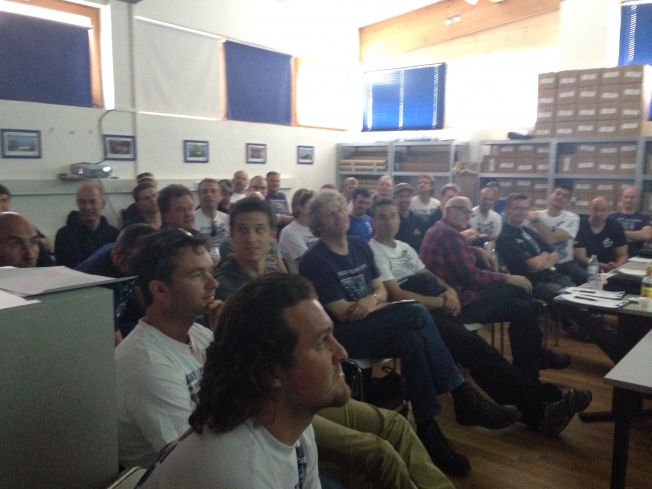 One of the most important items of an Edelweiss tour is the daily briefing. So not surprisingly this is given some extra attention at the training. 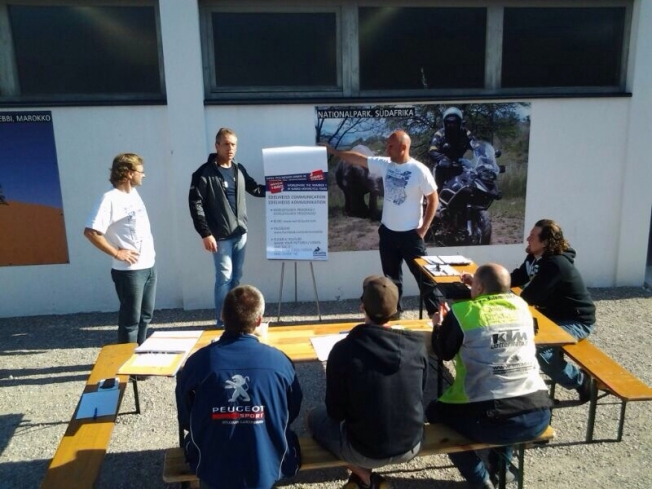 Beside many many other chapters about what is making a motorcycle tour with Edelweiss so special there was of course one chapter about the legendary Edelweiss picnics, followed by a serious picnic competition called 'Tyrol vs. Tuscany'. 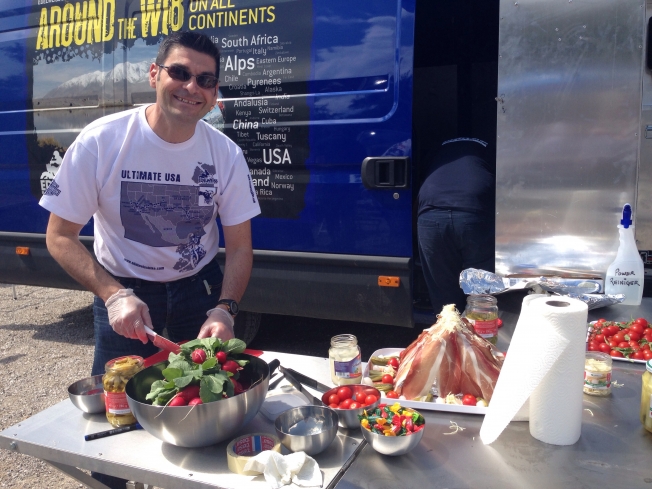 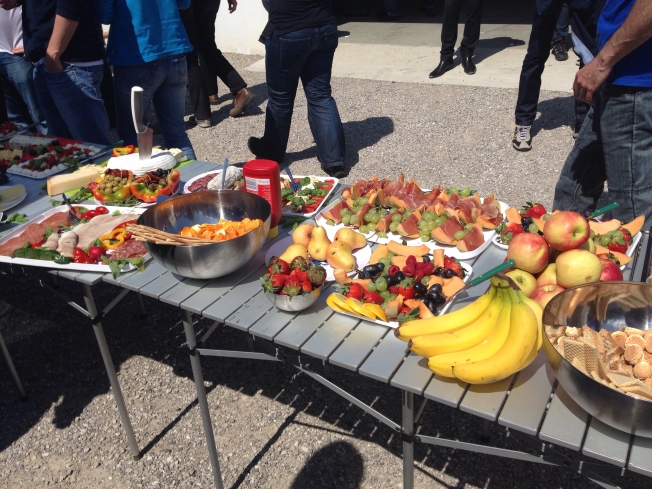 Then, later on and after a few more chapters of some new installments on tours in 2014 the team finishes the day with a nice 'stadl party' in a nearby location. 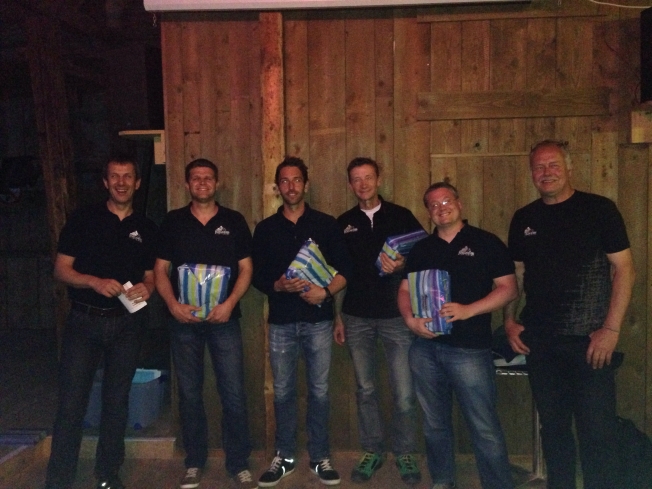 Beside two fantastic dia shows about tours in Africa and South America the annual 'tour guide of the year 2013' award has been given.

We congratulate Marko Bauer (third place), Manuel Taschner (second place) and the winner and TOUR GUIDE OF THE YEAR 2013...Gottfried Kofler! And not to forget the ROOKIE OF THE YEAR Anthony Fairweather! Keep up the good work.

Another award has been given to the tour guide having done the most and best blogs of his/her tours in the previous riding year and Domenico Schiano is looking forward doing many more blogs on his brand new tablet. Thank you Domenico for your fantastic blogs from around the world! 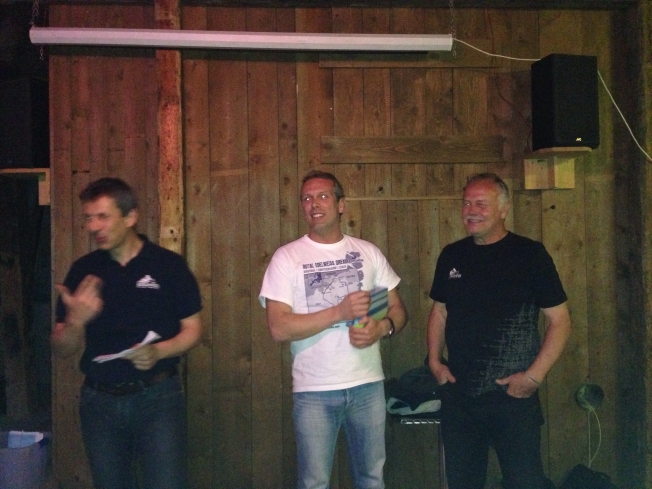 The next day a morning session in first aid was scheduled and the various scenarios of small and heavier accidents trained. Hans, thank you and the Austrian Rot Kreuz for taking the time to educate us! 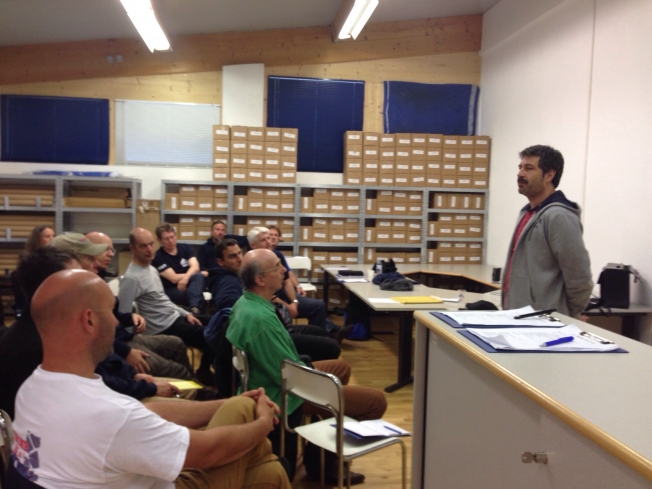 After the first aid session the whole team was served with a fantastic barbecue at the Edelweiss workshop, and only some last chapters later the training finished. We are looking forward to welcome you on your Edelweiss tour in 2014 and beyond and to show you the > Best Ride There Is!

Tapiwa
Thursday, May 15, 2014 at 19:11
hi how a you u doing.i am interest in doing tour guide course but I don't know were to find a place tp do the course.i stay in capetown and I will be happi to if u can assist me.i love nature and to travel
Reply

Guido De Lorenzo
Sunday, April 27, 2014 at 23:31
hello everybody!
i'm just back home from this exiting experience during the last 5 days,
i'm proud to be part of this fantastic big family!!
Reply
Facebook Twitter Google+