Leaving our last breewerie for this tour to see some more castles and fortresses. One for coffee stop number one, another one for lunch, one more for afternoon coffee and some more in beetween. Highlight of the day some original Italian Gelato in Schwäbisch Hall, thanks to Guido and his friend.

And after dinner we had a walk through Rothenburg with its night watchman... 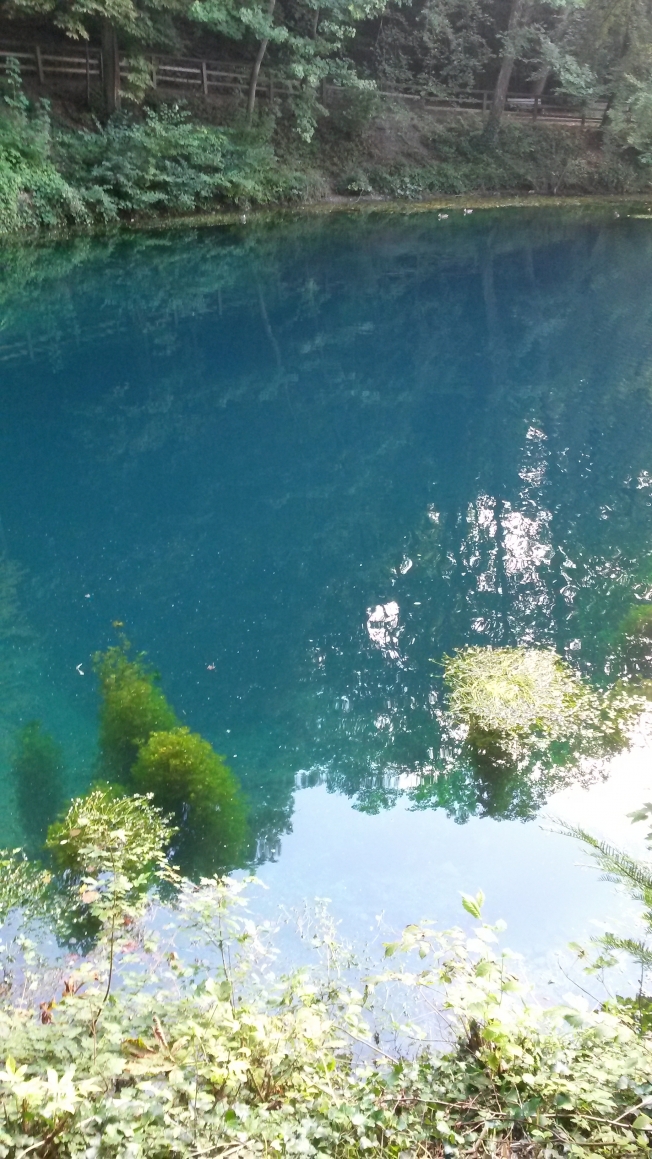 After leaving Rothaus and riding some more miles through the unique Black Forest we reached the Swabian Alb and the Danube valley. Sure also unique but only the landscape and not what is build in it... Have a look right: a castle; have a look left: a fortress; come around a corner: another fortress; reach the top and look in a valley: one castle, no two, oh no I see three...

And after this much architecture we arrived at a liitle craft brewery to drink a beer for every castle we remember ; -) 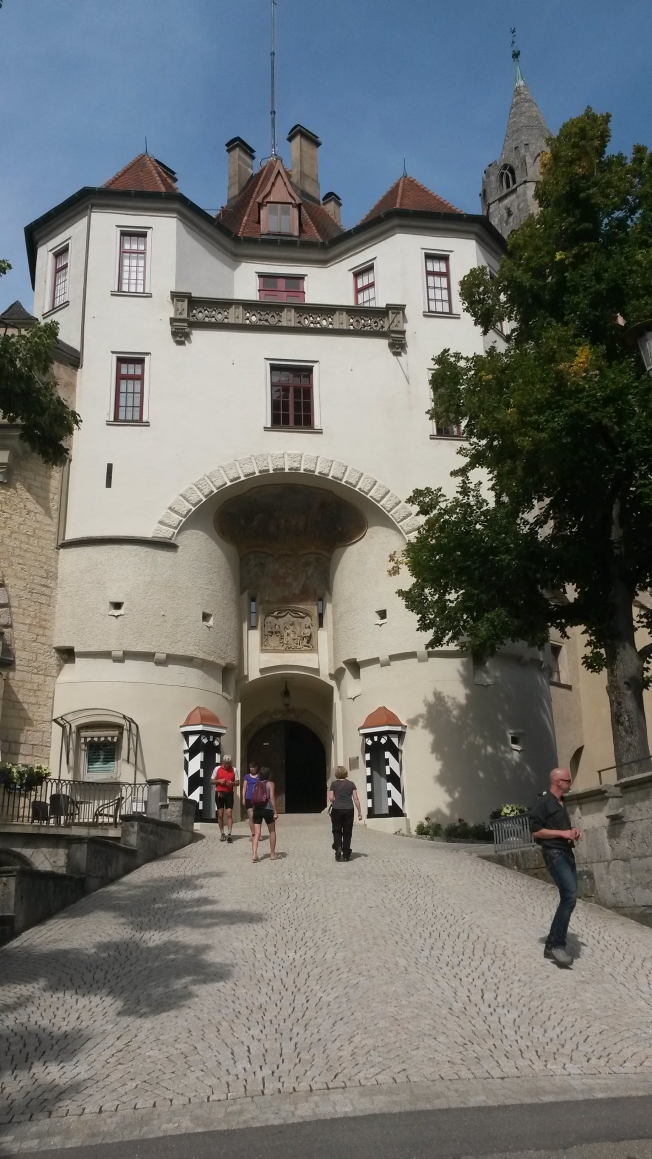 On the rest day we had a little tour trough the northern Switzerland to the Rhinefalls, what amazing wiew! We came back early because we had the guided tour at the Rothaus Brewery, it was very interesting to follow   all processes of brewing. 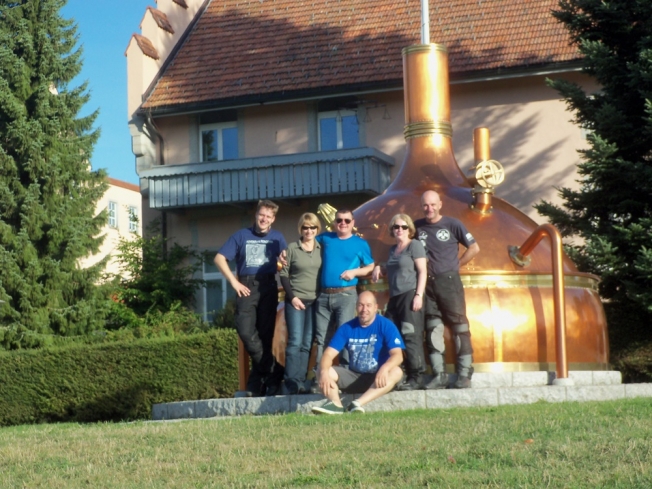 the whole group in front of the Rothaus Brauerei The last two days have been characterized by bad weather,finally today the sun shines and we had the longest stage of the tour, we quickly reached Saint Die des Vosges and Col de Bonhomme, the spectacular roads of this area convinced us to extend the tour . after leaving the Vosges had lunch in the picturesque town of Colmar.

The goal of today is in the Black Forest, precisely at the Rothaus brewery where we'll honor the name of this tour..... walking through the old town of Colmar the fantastic 5 at the Lac Blanc we crossed so many time the border , Jeff was so happy and hi forgot to gas up his bike (harley) 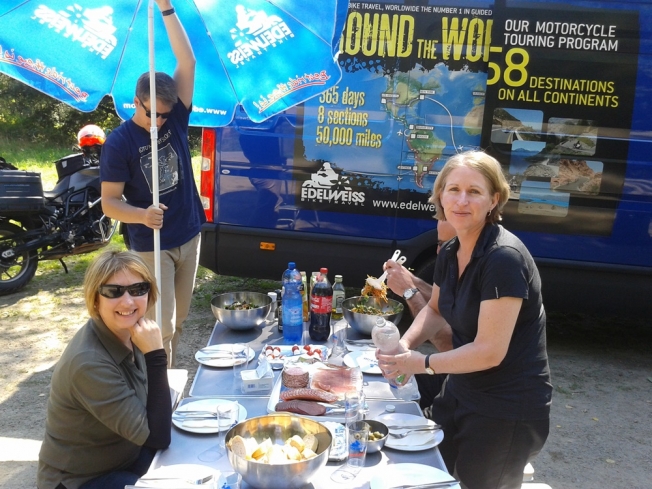 lunchtime near Bouillon, enjoing the tasty picnic prepared by Peter we are back in Belgium we started from Dinant , here the characteristic rock

Therefore our third riding day was caracterized by architecture. Take lunch at the former Abbaye de Stavelot we wanted to ride on round the next history-charged racetrack but unfortunately the GP of Belgium killed us this loop and having a look at Spa-Francochamps has to wait till next time. So we ride on seeing some more nice historical architecture such as Durbuy and a little later Chateau de Modave. A long but nice riding day ends up - how could it be otherwise - in the hotel build in a former castle. 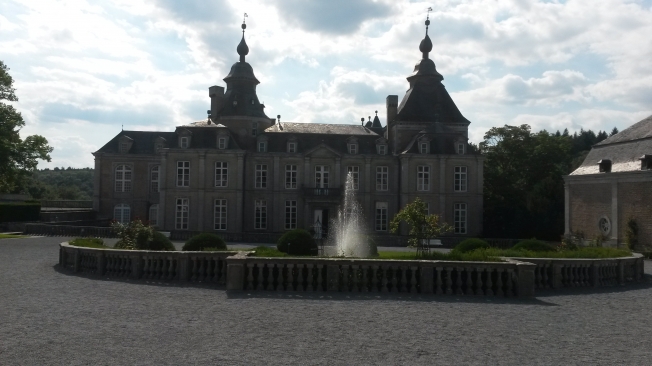 another beautyful day, marked by the visit to the Nürburgring we visit the playground for big (and rich) children, amazing and stuffed with history the border between Germany and Luxenbourg

First riding day , cruising along Rhine and Mosel, between steep wineyards, we are a little group but we know, we 'll have a lot of fun.... our Australian friends: Elizabeth, Tanya, Scott and Jeff under the statue of Kaiser Wilhelm I in Koblenz This corner is called " Deutsches Eck", here the Rhine meet the Mosel amazing, the view of the confluence of Rhine and Mosel from the "Festung Ehrenbreitstein"
Seitenanfang
Facebook Twitter Google+