Only a few more hours, then the Edelweiss Ducati Tour in Down Under will get going. The almost brand new Ducati Multistradas and Monsters are already waiting in the garage, the weather is beautiful (it is Spring in the southern hemisphere)  - it's time to ride!

A few impressions of Sydney, more to come... 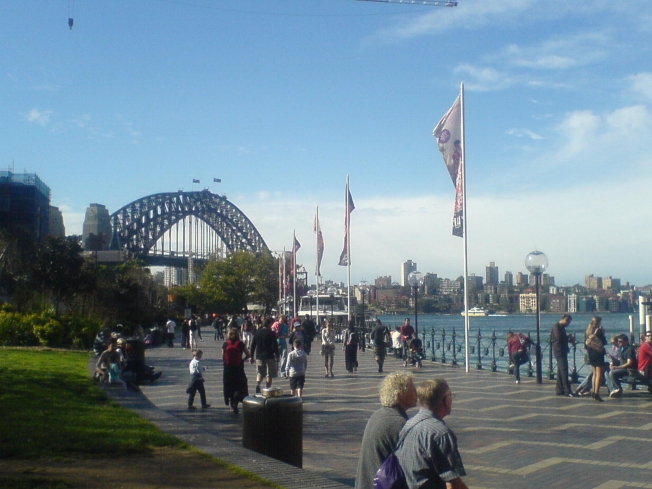 After leaving busy Sydney behind us, Australia made a great impression. The spectacular coastline in and around the Royal National Park is nothing less than breathtaking. 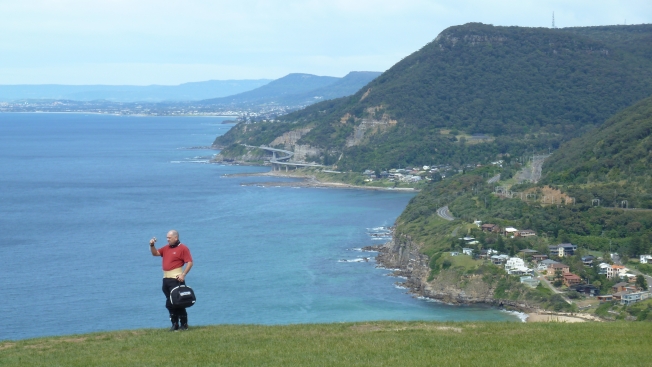 After the sightseeing, we had to try Australian food as well... lunch with fish and chips was a tasty proof that the Brits had once been here - the Italians preferred the local Espresso! 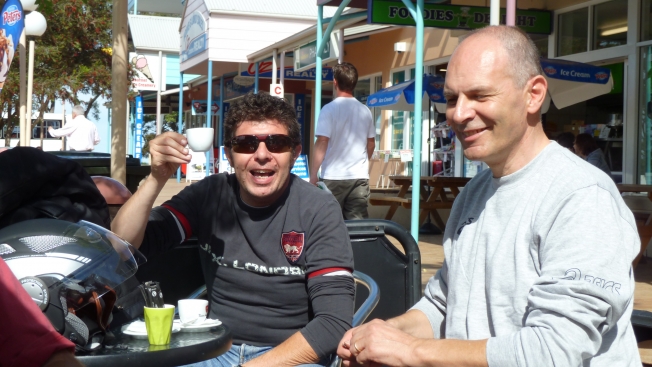 Just before we reached our hotel, we met some locals: 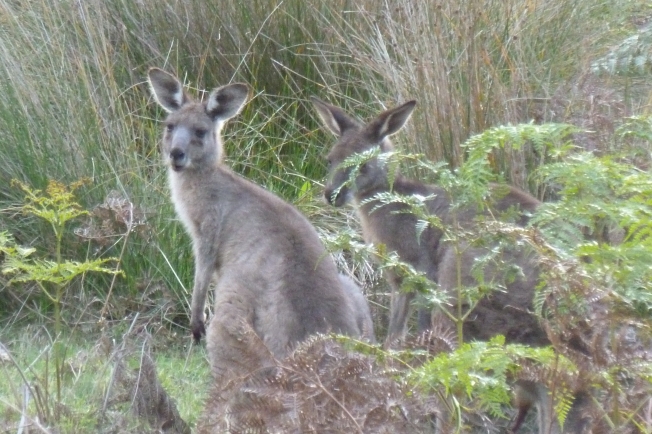 The jetlag seems to be done with, everybody slept through the night without waking up - more or less. This was good, as some twisty roads were on the schedule today. The coast here is at least as beautiful as yesterday, only the scheduled whale did not show up - maybe tomorrow...

Tonight we stay in a beautiful hotel right at the beach - and the toughest actually went for a swim! 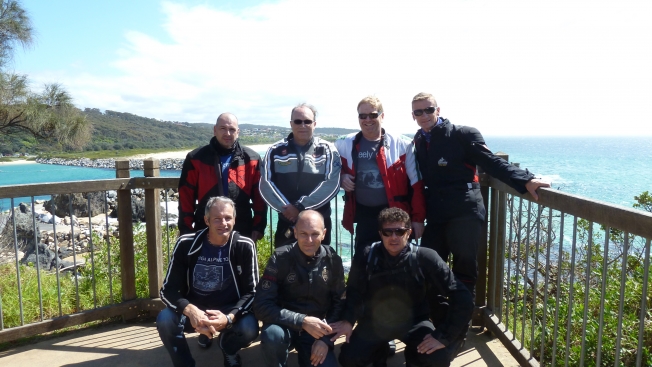 The group, waiting for the whale 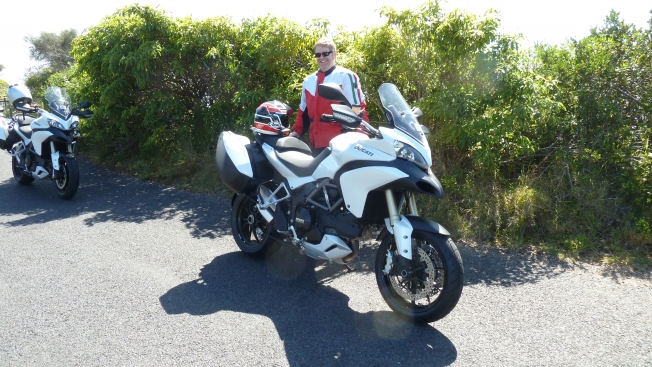 Jörg and his Multistrada 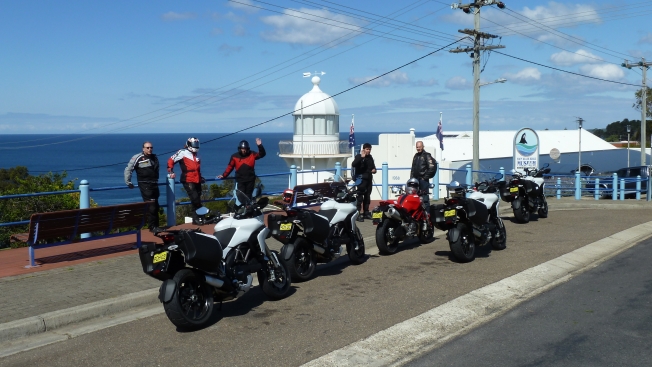 The blogger had the van duty today, so the pictures were taken before the riding started... And what a day of riding it was! Today offered a perfect mixture of curvy mountain roads, every once in a while interrupted by spectacular views of the incredibly blue Pacific Ocean. We have now reached Victoria, Australia's smallest state. Tonight we stay in Lakes Entrance, the entrance to a 500 km² large lake region and a 90-mile long beach... 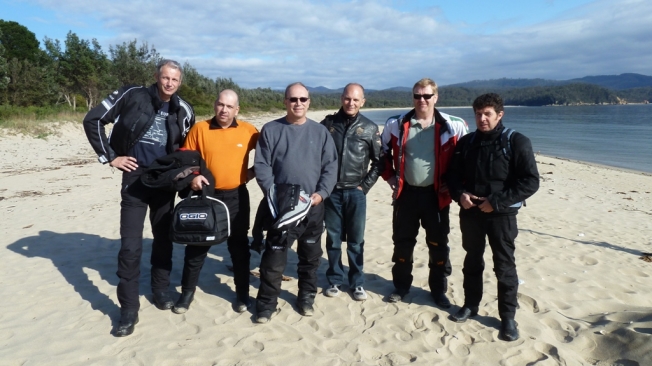 The longest riding day so far, more than 400 km. We started out with a little bit of sightseeing, St. Mary's Church in Bairnsdale. The rest of the day was reserved for our two favorite hobbies: riding and eating. The area - Gippsland - leading to Melbourne is fairly flat, so the roads were not as twisty as before, but we were still hungry enough to have some fresh fish and chips, about 100 m away from the harbour. The last few kilometers of the day brought us into the city of Melbourne, where a collection of red traffic lights waited for us. But we eventually reached the hotel and are just now getting ready for tonight's special - all-you-can-eat seafood buffet...

After riding more than 1000km in only 4 days, everybody was happy to spend a few days away from the Ducati saddle. On Saturday the group split up: as the practice sessions in Phillip Island were taking place, the destination for the Italians was clear: the race track. They did not only see some spectacular action, they actually managed to get their helmets signed by Loris Capirossi. The rest of the group took the tram into the Melbourne city center - what a magnificent city! The sightseeing group in front of the Eureka Tower

After a first adrenaline shot on the 88th floor of the Eureka Tower and a great view over Melbourne, we continued to the Queen Victoria Market. As there were only men in the group, the tour guide reckoned that this would be a quick visit... however, everybody left the market with a shopping bag. The female DNS finally broke through completely as we paid visits to the local motorcycle dealers, which are conveniently located in downtown Melbourne. The shopping group in front of Ducati Melbourne

Sunday was race day. Fortunately, the morning showers dissappeared in time for the race. Spectacular views along the racetrack:

The tour guide at work

Spectacular views on the race track: And the usual podium in Australia: As usual, the day ended with an excellent dinner in the hotel - even though we didn't ride for two days, it was a weekend full with new impressions!

but the pictures will hopefully make up for it.

We left Melbourne westbound - the Great Ocean Road lay ahead of us. This is most probably one of the best motorcycle roads in the world. The pictures can only give you a little impression of how beautiful it really is... Alessandro, Mark and Mario at the 12 Apostles

But not only the scenery, also the local animals are nothing less than marvellous: Now we have left the coast behind us and are slowly approaching Sydney again. This time we use the mountain roads. The scenery has changed quite a bit, and also the towns are completely different than those on the coast. Life is a lot more laid back in this area, as you can see from the opening hours: Being away from the coast also means that the roads have gotten a lot twistier, as the mountains are slowly - but steadily rising. Every once in a while, there is even a dirtroad to be found  - most of us are riding Ducati Multistradas after all! 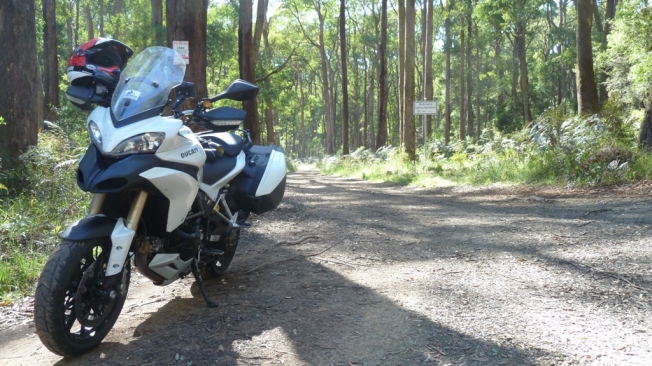 In order to gather enough strength for our task tomorrow - The Alpine Way - we are looking forward to another great dinner,  just an hour ahead... Did I mention that nobody seems to have lost weight yet?

We made it! Under a beautiful blue sky and 34°C we rode back into Sydney and returned the bikes at Ducati Sydney. The day lead us through the famous Blue Mountains, just west of Sydney. Once again it was a special riding day. Lonely, but very twisty roads, with hardly any traffic. Of course that changed a little once we reached Sydney.

Now everybody is back - happy to have arrived safely, but also a little sad that our adventure is over. Time flew by much too quickly again... But I am sure that some of us will meet again - the Edelweiss world is small 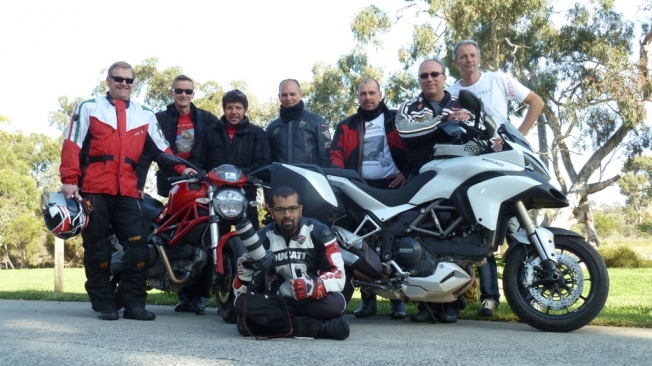