Before the Tour of Tuscany started the Guided City Tour was on the start. 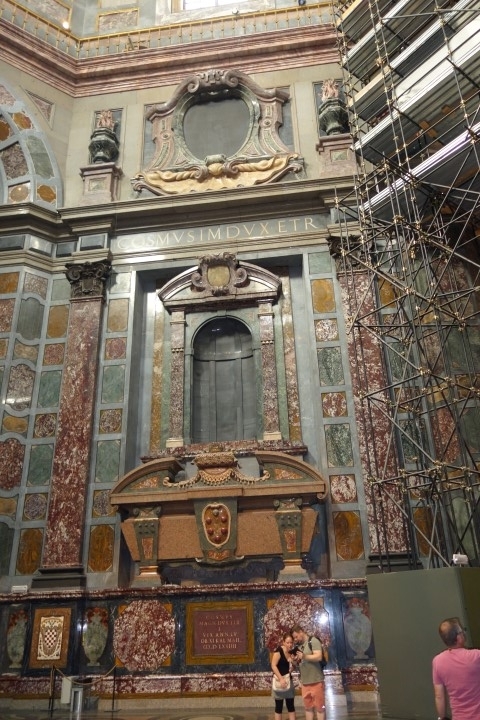 The Medici Chapel was the first highlight on the list. We were early and could cut all the lines.

Lots of the members of the Medici family are buried here 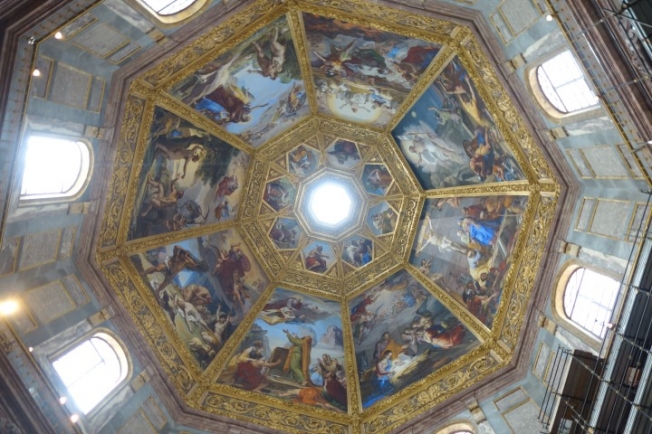 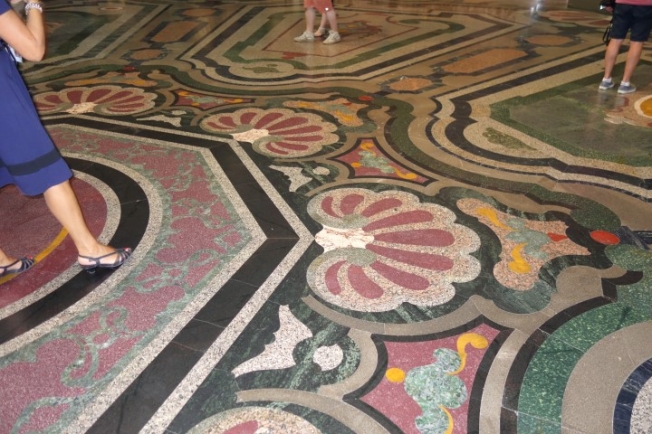 Even the floor is a masterpiece of art 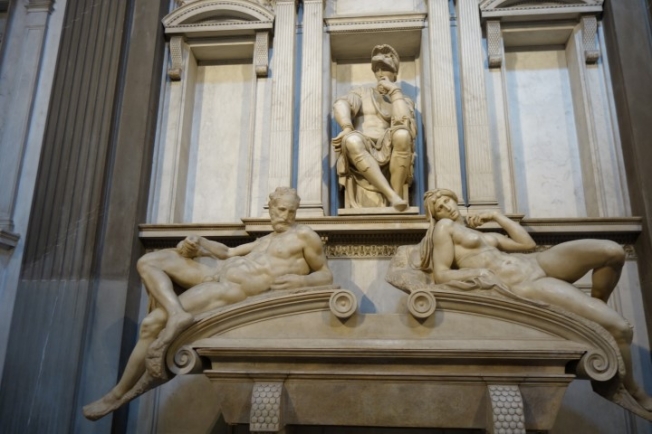 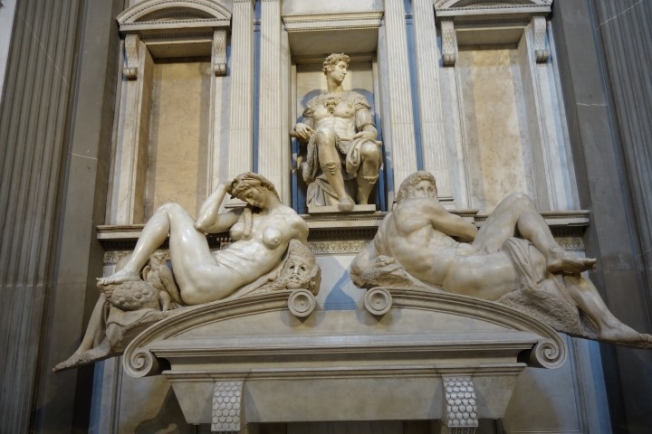 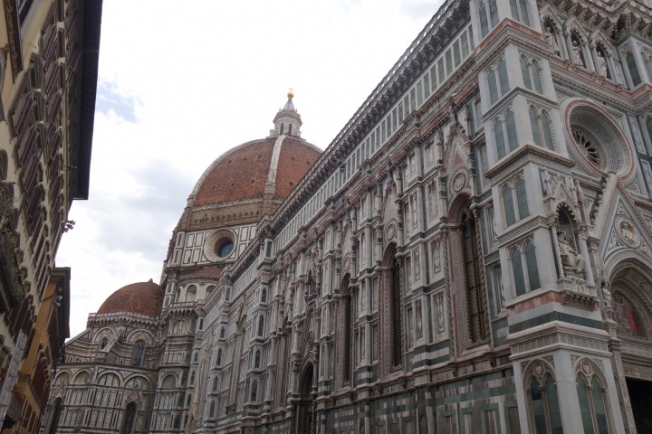 Next was the Cathedral of Florence Santa Maria dei Fiori. Renaissance style, white and pink marble, a masterpiece of architecture 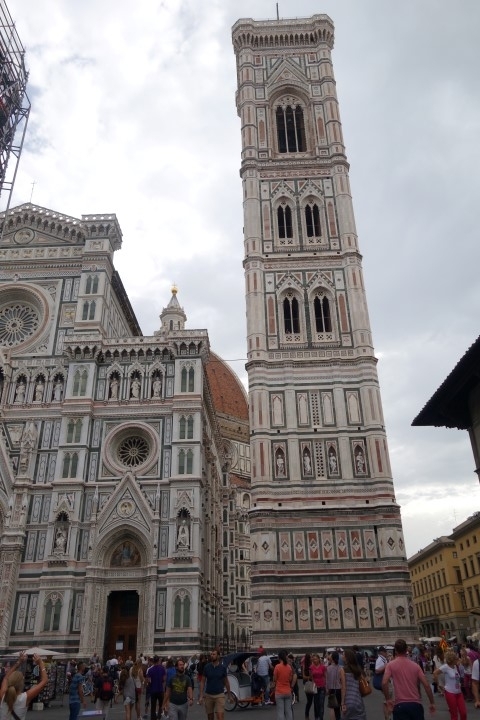 the clock tower designed by Giotto 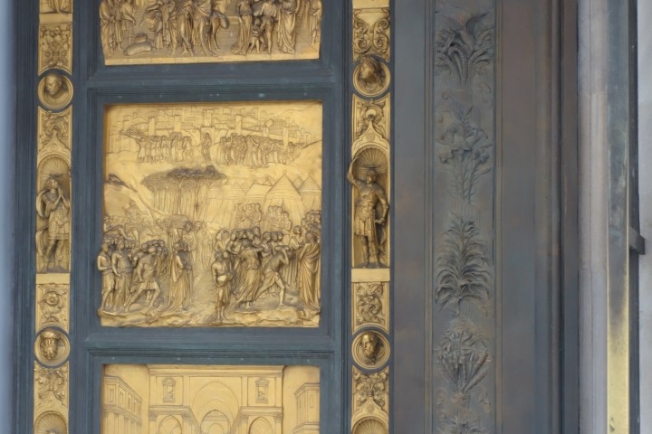 the doors of the baptistery! There was a competition won by Ghiberty. He worked on these panels for 28 years. Michelangelo saw them and said "they are looking like the doors to paradise".

that`s why they are called now "The Doors to Paradise" 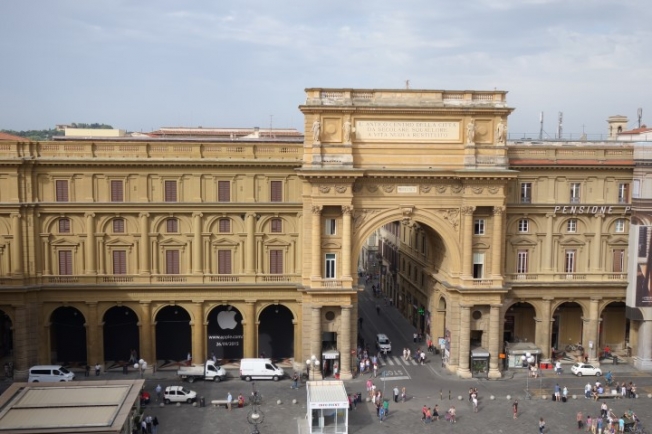 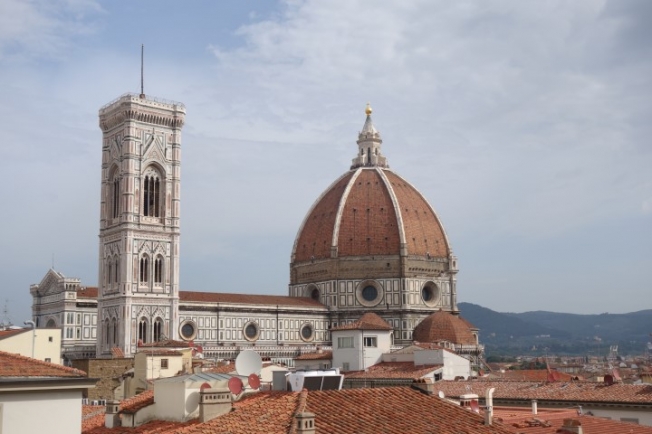 this bar is definitely a hidden treasure. 3 coffes for 20 Euros but the view was for free 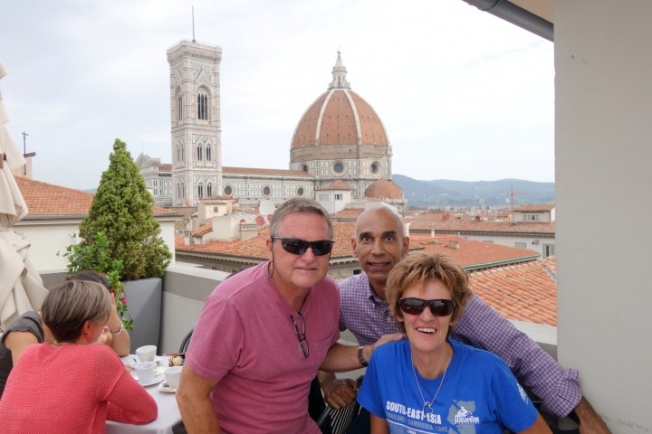 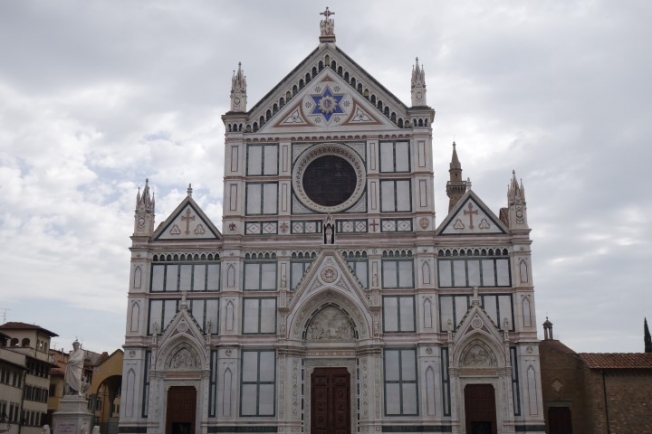 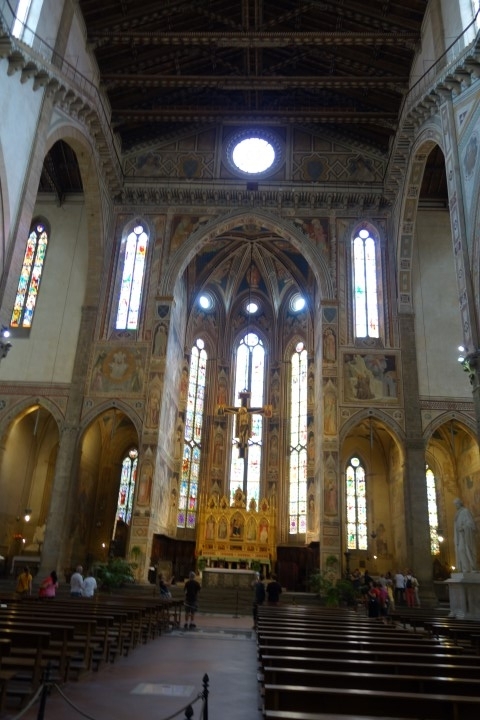 the famous Florentines are buried inside this church that draw most visitors, though. 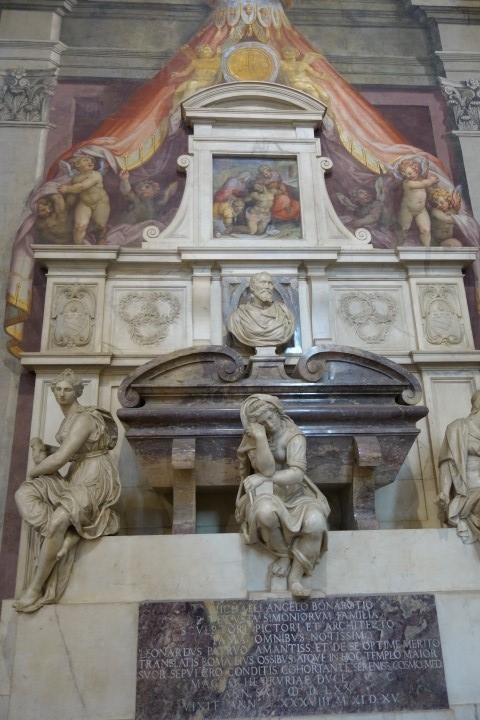 Michelangelo`s tomb design by Vasari -  the three muses below it represent his three  principal gifts: 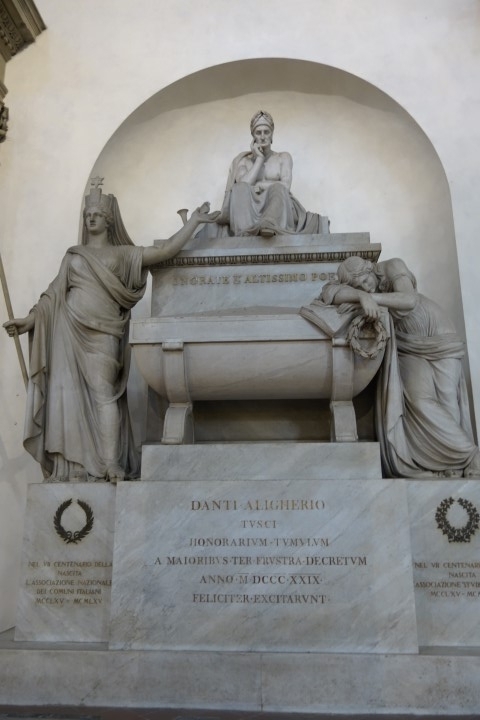 the 19th-century centophag of Dante 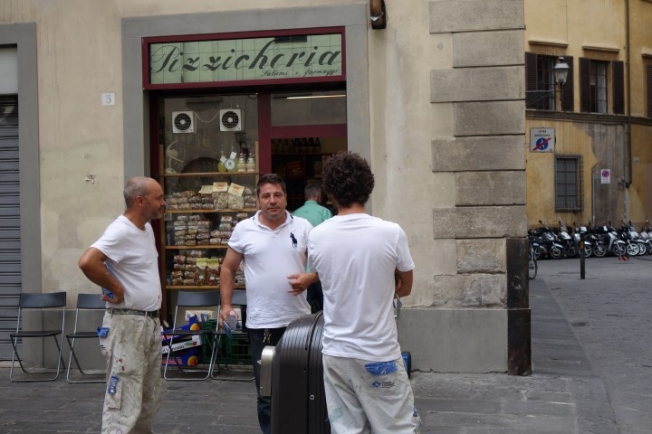 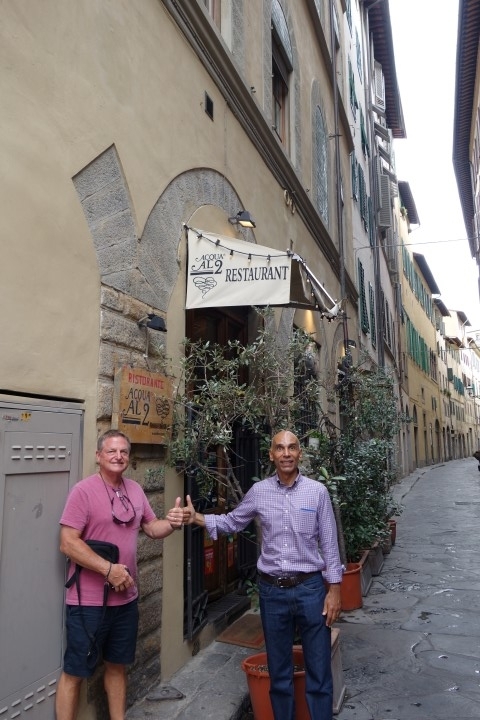 Yes!!! we found the restaurant Chris was in with his wife 6 years ago.

The food was awesome 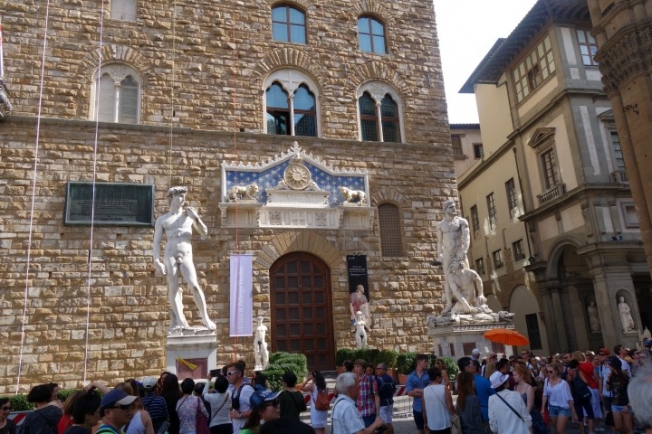 Piazza di Signoria with the Palazzo Vecchio - the town hall 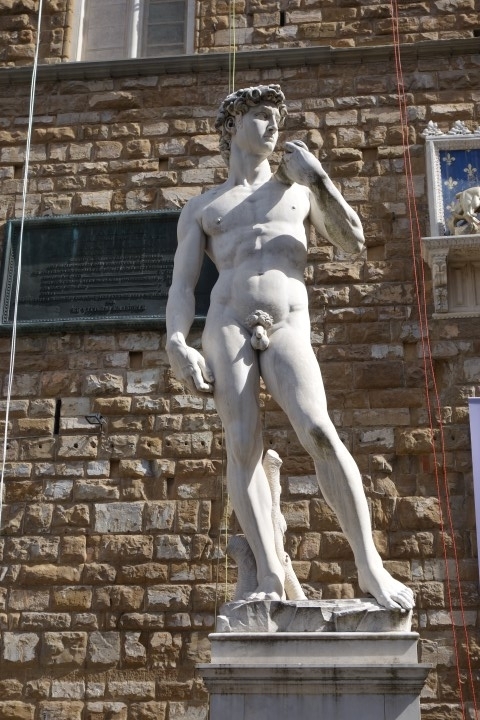 the David from Michelangelo,awesome despite being a copy. Anatomically correct - yes he was a genious 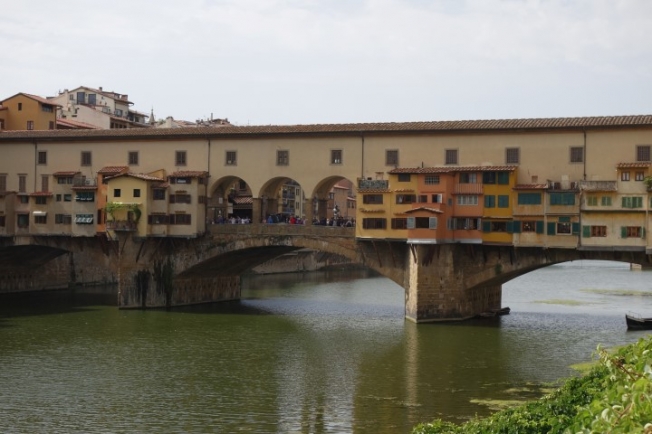 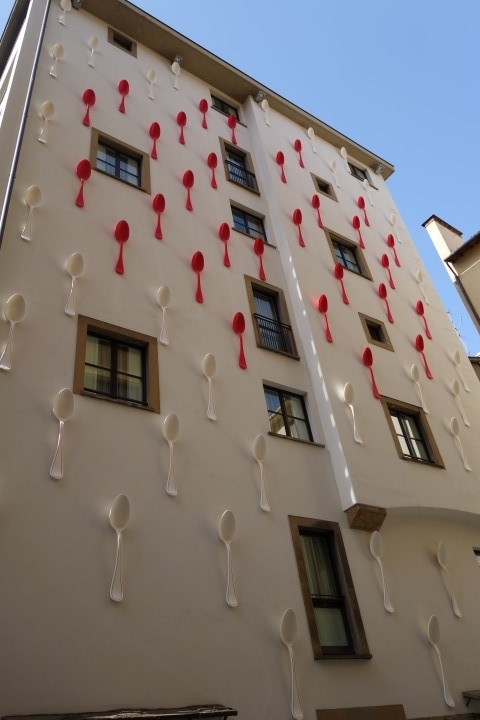 some art along the way 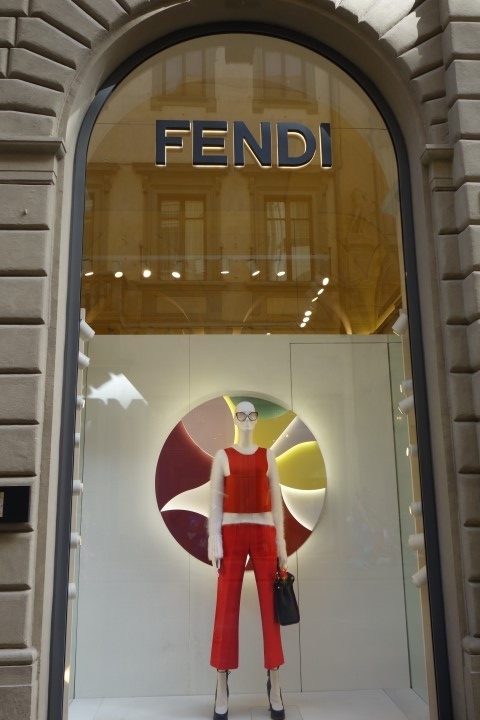 the street of the famous Italian designers - Fendi, Ferragamo, Dolce & Gabbana just to name some of them 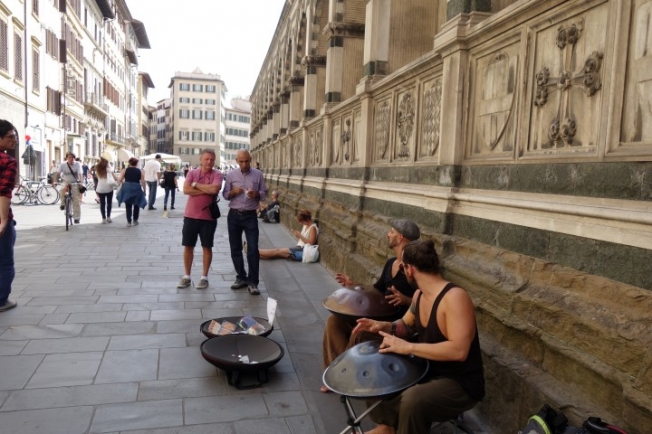 the guys were fascinated by the street musicians

a beautiful day full of new experiences and impression comes to an end. We have to go "home" to Villa Pitiana. At 5 pm the welcome briefing will start. Hopefully we won`t fall asleep in the train after all this excitment....